You are here: Home / Music / Alternative / Song Of The Day by Eric Berman – “Talaps Theme” by William Parker 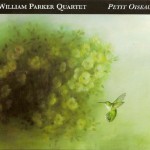 Case in point is bassist William Parker’s 2007 free jazz album Petit Oiseau. Parker has one of the best working bands in Jazz today. Along with longtime percussionist Hamid Drake, Parker acts as the catalyst of The William Parker Quartet, driving the proceedings with his percussive approach to the double bass and sustaining the tension between saxophonist Rob Brown’s sharp tones and trumpeter Lewis Barnes’ muted beauty. Even when the band is seemingly going off in different directions (as they often do), there’s a potent and powerful force of unity that keeps the proceedings together, making the material on this album drive like mad.

Parker was influenced by such free jazz disciples as Albert Ayler, Ornette Coleman and Cecil Taylor. Coming up, he studied with well-known bassists Jimmy Garrison, Richard Davis and Wilbur Ware, and was Cecil Taylor’s go-to bassist during the late seventies and throughout the 1980s, where his percussive style of playing fit right in with Taylor’s exploratory ways on the piano.

Today’s Song Of The Day is one of Parker’s shorter compositions, from an album that is not so far out as to be off-putting – just right for the novice just getting interested in this groundbreaking artist.