You are here: Home / Music / Song Of The Day by Eric Berman – “We Can’t Have Nice Things” by Kelly Hogan 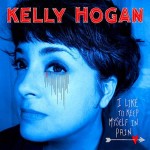 While most people have never heard of Kelly Hogan, you can’t be interested in music and live in Chicago without having come into contact with Hogan’s smooth vocals and down to earth demeanor. Hogan is a stalwart of the Chicago roots music scene who has backed the likes of Neko Case, The Waco Brothers, Mavis Staples, Robbie Fulks, Andrew Bird, Jakob Dylan, Jim Lauderdale and many others. Back in the 1980s, she was a member of the indie band The Jody Grind until a tragic car accident took half the band away from her. She then went on to join the Rock*A*Teens who released several records in the 1990s. She has released several albums on her own for Chicago’s Bloodshot Record label, but none of them caught fire the way they should have. This Andrew Bird/Jack Pendarvis composition is from her latest album “I Like To Keep Myself In Pain,” which rock critic Greg Kot says is “a fascinating introduction to one of the most accomplished, underappreciated vocalists of the last two decades.” The album features songs written by Vic Chesnutt, Robyn Hitchcock, M. Ward, Stephin Merritt, John Wesley Harding, Jon Langford and Robbie Fulks…she has worked with all of them in the past.