You are here: Home / Music / Classic Rock / Song Of The Day– “Dancing Machine” by The Jackson 5 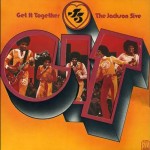 They were growing up…and the world liked their Jacksons young.

By 1973, The Jackson 5 were becoming somewhat of a spent force around Motown. It had been a few years since the group scored a bona-fide top ten hit, and there was plenty of dissatisfaction to go around.

Brother Michael was no longer the pint-sized dynamo that he once was. He was now a pimply 15 years old geek with a much deeper voice. Motown had been grooming him as a solo star much to the detriment of his singing brothers, and between 1971 and 1973 he scored several substantial solo hits including the top five smash “Got To Be There,” “Ben” which was a chart topping hit about a rat from the movie Willard, a cover of the Bobby Day hit “Rockin’ Robin” which climbed to the #2 position on the charts and “I Wanna Be Where You Are,” which went to #16 on the pop charts and #2 on the rhythm and blues charts.

Meanwhile, some of the other brothers were also branching out. Jermaine released a solo record in 1972 that included a cover of the Shep & The Limelites’ hit “Daddy’s Home” which rose up to the top ten of the charts, and Jackie also released solo record the following year. All of this activity was beginning to play on the dynamic within the group in negative ways.

What the group collectively craved most was more control over what they recorded, and more involvement in the making of their records. While they were writing, producing and playing songs in their home studio, Motown wouldn’t let them play on their own records insisting that they use the Motown house band, The Funk Brothers, or The Wrecking Crew (for West Coast sessions). Not only that, they were only allowed to record songs that were chosen for them by “The Corporation.”

Changes needed to be made, and it was within this atmosphere of disillusion that the group’s father and manager, Joe Jackson began to look for a new record deal for his charges.

The group’s 1973 album, GIT: Get It Together, was the first Jackson 5 album to feature lead vocals by each brother.  The album also found the group dipping their collective toes into disco waters by segueing all the songs together in order to provide a non-stop mix of music for dancing.

By far, the best song of the album is today’s Song Of The Day, “Dancing Machine.” The song was an “automatic, systematic” call to the dance floor featuring syncopated funky rhythms and terrific vocal interplay between Michael and the rest of the group who traded off lead vocal lines and sang backup on the track. It was also one of the first songs that Michael employed the vocal hiccup that would end up being one of his lasting trademarks.

Like “Billy Jean” and the moonwalk, “Dancing Machine” also benefitted by an accompanying dance move which helped propel it up the charts.  When the group appeared on Soul Train to promote the album, Michael Jackson was seen doing the robot dance resulting in a spectacle that left fans wanting more.

The song was nominated for a Grammy Award in 1975 for Best R&B Performance by a Duo or Group with Vocals, but lost out to Rufus’s hit “Tell Me Something Good.” While the other seven tracks on the record were less commercial, the title track was a moderate hit that charted at #28 on the singles charts, and “Hum Along and Dance” became a popular favorite in the group’s live act.

Shortly after the release of the album, the group found themselves riding high in the charts again as background vocalists on Stevie Wonder’s 1974 single “You Haven’t Done Nothin’” from his album Fulfillingness’ First Finale.

The group signed with CBS/Epic Records in 1975 and had to change their name to The Jacksons, since Motown owned the rights to the Jackson 5 name. Jermaine chose to stay on at Motown since he was married to Berry Gordy’s daughter, and was replaced by the youngest Jackson brother, Randy.

While the group’s commercial prospects at CBS weren’t much better, Michael eventually scored a huge hit with the 1979 album Off the Wall, and then came Thriller and The Victory Tour, and Jackson mania swept the world again…