You are here: Home / Music / Alternative / Song Of The Day – “Lightning Bolt” by Jake Bugg 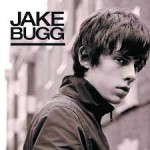 Things you need to know about Jake Bugg…