You are here: Home / Music / Classic Rock / Song Of The Day – “Speak To Me/Breathe/On The Run/Time” by Pink Floyd 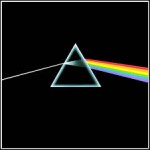 So Pink Floyd’s Dark Side Of The Moon hit its 40th anniversary this past week,  and not only did most of us know upon first hearing it that it was a classic, but it has also held up awfully well over the years.

The anniversary got me thinking about some of my favorite records from 1973. Back then, a new record was a much anticipated event. Sure, I still look forward to some new releases (like the new Bowie album, coming out this week), but with the advent of downloaded music, it’s nearly impossible to have a cultural moment anymore just by releasing a new record.

That’s because nobody experiences new music at the same time anymore. We all listened to radio back then; making it more likely we’d all experience a new record roughly at the same time. However with the internet as the primary channel for music distribution, music is either leaked early or streamed before the release date to build hype. As a result, people tend to experience a new song or album at different times. (The new Bowie album has been streaming on iTunes for over a week.) And when you finally get a copy of the record after hearing it online, it somehow lessens its impact.

The early ‘70s was the height of what would end up being the era of classic rock radio. And I still regularly turn to so many of the great albums that came out that year, records like Todd Rundgren’s A Wizard, A True Star, The Rolling Stones’ Goats Head Soup (which most people hated back then), Elton John’s Goodbye Yellow Brick Road, Stevie Wonder’s Innervisions, Alice Cooper’s Billion Dollar Babies, David Bowie’s Pin Ups, Gentle Giant’s Octopus, The World Is A Ghetto by War, Foreigner by Cat Stevens, Led Zeppelin’s Houses Of The Holy, The Doobie Brothers’ The Captain And Me and even Chicago VI.

And, of course each of the ex-Beatles was in the early stages of a solo career. Paul McCartney and Ringo Starr each released a career-best album in 1973 with Band On The Run and RINGO respectively. Meanwhile George Harrison and John Lennon were hardly slouches with their albums Living In the Material World (by George) and Mind Games (by John) either.

Neil Young’s Time Fades Away and Lou Reed’s Berlin were both totally misunderstood and much maligned when new in 1973, and I can remember initially not liking them much either, but each is rightly recognized as a classic today.

So, no matter how many times they get around to re-releasing them, or how many multi-disc permutations they can manage to squeeze out of a classic album over the span of 40 years (immersion editions anyone?), we still seem to always come back to the original.

OK, so now I toss the ball to you…what were your favorite albums from 1973?