You are here: Home / Archives for The Next Day

So Pink Floyd’s Dark Side Of The Moon hit its 40th anniversary this past week,  and not only did most of us know upon first hearing it that it was a classic, but it has also held up awfully well over the years. The anniversary got me thinking about some of my favorite records from 1973. Back then, a new record was a much anticipated event. Sure, I still look forward to some … END_OF_DOCUMENT_TOKEN_TO_BE_REPLACED

What a great way to start a new year! The first new David Bowie music in ten years, in the form of a single called “Where Are We Now?,” was released on Bowie’s 66th birthday this week, and a new album, “The Next Day,” is coming down the pike on March 12. The recording sessions were held in secrecy, so few knew that this one was on the books for 2013. Even in our linked-in … END_OF_DOCUMENT_TOKEN_TO_BE_REPLACED 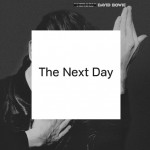 Please click here to read the full review on SethSaith.com David Bowie The Next Day @@@@1/2 … END_OF_DOCUMENT_TOKEN_TO_BE_REPLACED