You are here: Home / Music / Alternative / Song Of The Day – “The Facts Of Life” by Talking Heads 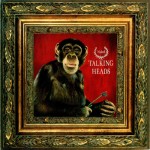 By 1988, Talking Heads were restless and running out of fuel. The band members were somewhat fed up with each other, and were not happy with the conventional pop direction that their previous two albums took them in.

For their final album called Naked, the group worked with producer Steve Lillywhite and decamped to France to record with the support of a host of East African, British, Irish and Caribbean musicians. Before leaving for Paris, the band worked up 40 basic improvisational rhythm tracks as a jumping off point in the studio. In Paris, the group would jam on one of the tracks each day and select the best take at the end of the day to use as the basis for a new song.

When the band returned to New York, David Byrne sang along with each track phonetically until lyrics and melodies developed, and then the rest of the band came in to overdub their parts onto the basic tracks. This improvisational method of recording was much more in line with records like Fear Of Music and Remain In Light; however, those albums have a very loose feel while Naked’s tune stack is tighter and far more structured.

Lyrically, the overall theme of Naked has to do with the survival of our planet and how the human race has placed a giant monkey on the back of the world that we can’t escape or control.  The album’s title and cover were loosely based on a Chinese proverb; “If there is no tiger in the mountains, the monkey will be king,” which is printed on the inside of the cover, and monkeys turn up numerous times in the lyrics to the songs.

The album opens with the apocalyptic James Brown funk of “Blind,” featuring the propulsive rhythm section of Chris & Tina Weymouth with Byrne ranting lyrics like “He’s hurt / He’s dying / Claimed he was a terrorist / Claimed to avert a catastrophe / Someone should’a told him / That the buck stops here / No one ever said / That he was involved with thieves / And they’re blind,” on top of it all at his most annoying best.

The hilarious first single, “(Nothing But) Flowers,” tackles the human tendency to get back to the garden. The song’s protagonist lives in a world where the modern conveniences of today like “Dairy Queens and 7-11s” are replaced with fields of grass and flowers restoring the world to its original splendor, only to find it too inconvenient without them. The song was accompanied by a terrific video and featured Kirsty MacColl on backup vocals and Johnny Marr of The Smiths on guitar. Marr’s guitar work can also be heard on the tracks “Ruby Dear,” Mommy Daddy You & I” and “Cool Water.”

Several songs on the album including “Mr. Jones,” “Ruby Dear” and “Big Daddy” have a distinct Latin influence pointing toward the direction that David Byrne would later take for his solo record Rei Momo the following year. The totally refreshing and buoyant “Totally Nude” has a fluid African guitar feel courtesy of Yves N’Djock that is in a similar vein to what Paul Simon had done several years earlier on his Graceland album, but far more danceable.

While the first half of the album features lighter, more danceable fare, the album’s second half turns very dark typified by tracks like “Mommy Daddy You And I,” “The Democratic Circus,” “Bill” and today’s Song Of The Day. “The Facts Of Life” begins with a dank, industrial sound courtesy of Jerry Harrison, and then shifts from a minor key to a major key halfway through to let some much needed light in. Monkeys once again turn up in the lyrics which talk about how we are nothing more than machines of love – “Monkey see and monkey do / Making babies, eating food  / Smelly things, pubic hair / Words of love in the air…The facts of life / The facts of life / A masterpiece / Biology…Machines of love / Machines of love.”

The huge list of guest musicians that turn up here almost sink the contributions of the rest of the group making this record sound more like a David Byrne solo album than a proper Talking Heads record, and indeed several months after its release, the group opted to call it a day.