You are here: Home / Archives for Bruce Springsteen & The E Street Band

Bill Medley and Bobby Hatfield were best known for their smooth blue-eyed soulful sounds as The Righteous Brothers performing heartfelt ballads. But they could rock out too as evidenced by this Bill Medley original that was not only a hit for them (#47/1963) but also The Kingsmen (#49/1964) and Mitch Ryder & The Detroit Wheels (#17/1966). It was also a regional hit for the … END_OF_DOCUMENT_TOKEN_TO_BE_REPLACED

1967, Strawberry Alarm Clock were at number one on the singles chart with "Incense And Peppermints." 1967,  The Beach Boys release the Smiley Smile, the follow-up to Pet Sounds. This avant-garde album  fails was not warmly received by critics, and failed to chart, despite boasting the singles “Heroes and Villains” and “Good Vibrations.” It has subsequently achieved much more … END_OF_DOCUMENT_TOKEN_TO_BE_REPLACED

1967, Filming began for The Beatles Magical Mystery Tour. There was no script, nor a very clear idea of exactly what was to be accomplished, not even a clear direction about where the bus was supposed to go. The "Magical Mystery Tour" bus set off for the West Country in England stopping for the night in Teignmouth, Devon were hundreds of fans greeted The Beatles at their … END_OF_DOCUMENT_TOKEN_TO_BE_REPLACED

1966, The Who appeared at the Locarno Ballroon in Stevenage, England. This UK tour was notable for the addition of the single, "I'm A Boy" to the band's repertoire. 1968, Pink Floyd were forced to cancel a performance at the Chatelet Teenage Festival in Belgium due to work permit problems.  There were some violent reactions from the fans, but the several other bands, … END_OF_DOCUMENT_TOKEN_TO_BE_REPLACED 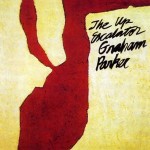 Song Of The Day by Eric Berman – “Empty Lives” by Graham Parker He was never a punk rocker and was already around too long to be part of the “New Wave,” but marketing is marketing and that’s how much of the world came to discover Graham Parker. By the time of Squeezing Out Sparks, his 1979 breakthrough album, Parker had already been recording with his trusted band The … END_OF_DOCUMENT_TOKEN_TO_BE_REPLACED