You are here: Home / Archives for The Animals

1964, The Beatles set a new chart record when they had 14 songs on the Billboard Hot 100. The songs ranged from "Can't Buy Me Love" at number one to "Love Me Do" at number 81. 1965, Performing at the New Musical Express poll winners concert, at London's Wembley Empire Pool, England, The Beatles, The Rolling Stones, Tom Jones, Freddie and the Dreamers, The Animals, The Kinks, … END_OF_DOCUMENT_TOKEN_TO_BE_REPLACED 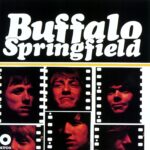 1966, Neil Young, Stephen Stills and Richie Furay formed Buffalo Springfield in Los Angeles. 1966, The Who played at the Victoria Ballroom in Chesterfield, Derbyshire, England. 1967, The Doors appear at the Avalon Ballroom, San Francisco. 1967, A twice-nightly tour kicked off in the UK at The ABC in Romford Essex featuring, The Small Faces, Jeff Beck, Roy Orbison and … END_OF_DOCUMENT_TOKEN_TO_BE_REPLACED

1964, The Animals kicked off their first headlining UK tour at the ABC in Manchester with Carl Perkins, Gene Vincent and The Nashville Teens supporting. 1964, Taking a day off from their British tour The Beatles go into the studio and complete the recording of six album tracks and the A-side of their next single, "I Feel Fine." They also complete "Eight Days a Week," "Kansas … END_OF_DOCUMENT_TOKEN_TO_BE_REPLACED

1964, The Animals started a three week run at number one on the singles chart with "House Of The Rising Sun." When first released the record company printed the time of the song on the record as three minutes feeling that the real time of four minutes was too long for radio airplay. 1965, Sonny & Cher made their first live UK appearance when they appeared at the 100 Club … END_OF_DOCUMENT_TOKEN_TO_BE_REPLACED