You are here: Home / Music / British Invasion / Song Of The Day – “Don’t Let Me Be Misunderstood” by The Animals 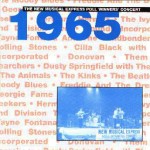 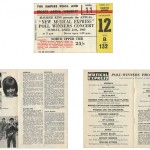 A full set of classic Animals from the 1965 NME Poll Winners Concert, as “Song Of The Day by Eric Berman” looks at a terrific “grey area” CD release!

The New Musical Express is a weekly British newspaper that has focused solely on the music scene for nearly 50 years. For several years during the 1960s, the paper sponsored concerts featuring artists who topped their music polls. The 1965 edition took place at Wembley Stadium on April 11, 1965, and was filmed. An edited version of the concert was screened on ABC TV in the U.S. on April 18 of that year. The New Musical Express Poll Winners Concert 1965 2 CD set was compiled from the soundtrack of the unedited master.

OK, so today’s Song Of The Day (and resultant album), isn’t an “official” release. It was put out in 1998 by Vigotone Industries, one of the best of the “grey area” record labels that existed for a brief time in the late 1990s. Vigotone specialized in Beatles and Beach Boy related bootlegs, comprised mostly of studio outtakes. Some of their landmark releases included The Beach Boys’ Leggo My Ego, featuring studio outs from 1965, and the Beatles Off White Album featuring the 1968 Escher demos recorded at George Harrison’s house shortly after the group returned from India.

Kicking things off are The Moody Blues, no not the version with the overblown orchestral arrangements and such, but the Brit-beat version of the group with future Wings-man, Denny Laine, performing a muscular and extended take of “Bo Diddley,” plus a version of their current single at the time, “Go Now.”

Next up are Freddie And The Dreamers with a credible version of Thurston Harris’ “Little Bitty Pretty One,” followed by Georgie Fame And The Blue Flames, and an early instrumental take of “Yeah Yeah,” plus a terrific performance of “Walkin’ The Dog.”

From there, it’s a trip down under for The Seekers and their hits “I’ll Never Find Another You” and “A World Of Our Own.” Herman’s Hermits were riding high with three records in the U.S. top ten at the time of this recording. They debut their then, brand new single “What A Wonderful World,” followed by the crowd pleaser “Mrs. Brown You’ve Got A Lovely Daughter.”

The Ivy League And Division Two take the stage next, with the gorgeous ballad “That’s Why I’m Crying,” and then Sounds Incorporated spread a little of their instrumental magic with “Time For You” and a rocking version of Grieg’s classical masterwork “In The Hall Of The Mountain King.”

A real crowd pleaser is up next with Wayne Fontana And The Mindbenders performing “Game Of Love” and “Just A Little Bit Too Late,” before The Rolling Stones tear it up with a four-song set  comprised of “Everybody Needs Somebody To Love,” Otis Redding’s “Pain In My Heart,” Chuck Berry’s “Around And Around,” and finally, “The Last Time.”

Disc one is rounded off by Cilla Black backed by Sounds Incorporated on “Going Out Of My Head,” and that old Disney favorite “Zip-A-Dee-Doo-Dah,” which was covered by in the U.S. by Bob B. Soxx And The Blue Jeans, as well as fellow Brit Invasion groups Freddie And The Dreamers, The Hollies and Dave Clark Five.

The second disc kicks off with Donovan, “The British Dylan,” performing six minutes of “You’re Gonna Need Somebody On Your Bond” followed by “Catch The Wind,” before the Belfast Cowboy (Van Morrison) and Them are brought on for rough and ready takes of “Here Comes The Night” and an nearly seven minute version of “Turn On Your Love Light.”

The Searchers are up next with “Bumble Bee” and “Let The Good Times Roll,” before pop royalty takes the stage in the form of Dusty Springfield giving Martha Reeves a run for her money on “Dancing In The Street,” followed by a cover of Inez and Charlie Foxx’s “Mockingbird” and “I Can’t Hear You.”

The big ending is in sight with three more heavy hitters on deck, including The Animals tearing it up on John Lee Hooker’s “Boom Boom,” “Don’t Let Me Be Misunderstood” and “Talkin’ ‘Bout You,” followed by The Kinks with two of their very best, “You Really Got Me” and “Tired Of Waiting For You.”

Finally, the group that the audience has been waiting for all day takes the stage! It’s The Beatles with a five song set including “I Feel Fine,” “She’s A Woman,” “Baby’s In Black,” “Ticket To Ride” and “Long Tall Sally” bringing the festivities to a rousing conclusion.

Much of this concert is up on YouTube (search by artist and NME 1965) and is recommended viewing.  So there we have the next to last NME Poll Winners Concert from 1965 in its entirety, in pristine sound quality to boot. Why hasn’t this been released officially?

The Animals “Don’t Let Me Be Misunderstood”