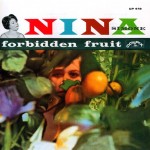 Here’s one that was released the year I was born, yet it sounds as hip and current as, well, I am. OK, it is hipper and more current than I am, but it goes to show just how timeless Nina Simone’s recordings really are.

Simone’s interpretive talents as a singer and piano player earned her the nickname, “The High Priestess of Soul,” and put her right up there with greats like Anita O’Day, Odetta, Sarah Vaughan and Judy Henske, who all possess a similar earthy style. She was a terrific songwriter, comfortable mingling soul, gospel, folk and blues into a stew that was uniquely her own, and she was also an outspoken Civil Rights activist.

It took a long time for me to crack the hard façade that Nina Simone projected, before I could really appreciate the depths of her talent. Her severe earnestness over the struggles she faced as a black woman during the infancy of the civil rights movement created a seemingly impenetrable barrier between me and her music. But with maturity on my side, I’ve come to love and respect Simone’s whole approach, and the influence she’s had on everyone from Laura Nyro and John Lennon (who cited her recording of “I Put A Spell On You” as an inspiration for The Beatles “Michelle”) to Alicia Keys and Diana Krall.

Simone came to Colpix Records in 1959, after scoring a big hit with “I Loves You, Porgy” on the Bethlehem label. Her deal at Colpix gave her complete artistic control over the material she recorded which was unheard of at the time, and she released nine albums for the label, seven of which were recorded live in front of an audience. Today’s Song of the Day, the much covered “Work Song” written by Nat Adderly and Oscar Brown, Jr., is from her second record for the label, 1961’s studio effort Forbidden Fruit.

Part of the album’s excellence comes down to Simone’s sympathetic backing trio consisting of Chris White on bass, Bobby Hamilton on drums, and crucially, the great Al Schackman on guitar, whose tasty licks light up this entire recording, especially on the tunes “Just Say I Love Him” and the album’s opener “Rags And Old Iron.” But its Simone’s vocals and amazing piano accompaniments, especially on “Gin House Blues,” the swaggering “I Love To Love” and the album’s title track, “Forbidden Fruit,” that really elevate the proceedings to new heights of gospel fervor.

Later albums like Nina Simone In Concert from 1964 and the essential RCA album Nina Simone Sings The Blues from 1967, included signature songs that dealt with the civil rights issues of black women like “Mississippi Goddam,” “Backlash Blues,” “Four Women” and “To Be Young, Gifted And Black,” which was later covered by Aretha Franklin and Donny Hathaway. She was also responsible for introducing the songs “Don’t Let Me Be Misunderstood” and “House of the Rising Sun,” years before The Animals recorded them.

Additionally, her recordings of “Sinnerman” and “Forbidden Fruit” were sampled by the likes of Kanye West and Timbaland, but her greatest success came surprisingly from the song “My Baby Cares For Me” which was recorded on her 1960 debut album for Colpix, but didn’t become popular until 1987 when it was used in a UK television commercial for Chanel No. 5 perfume.