You are here: Home / Archives for Yoko Ono 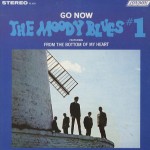 1965, The Moody Blues were at number one on the UK singles chart with "Go Now!" 1965, The Who made their first appearance on UK TV show Ready Steady Go! To project the desired image, the hand-picked audience consisted only of teens dressed in the current "Mod" fashion. 1966, The Cavern Club in Liverpool closes, having run up debts of 10,000 pounds. The club became world … END_OF_DOCUMENT_TOKEN_TO_BE_REPLACED

1967, Jimi Hendrix performed at Haverstock Hill Country Club in London. 1967, The Monkees TV show was shown for the first time in the UK. 1968, Fleetwood Mac, The Move, The Crazy World Of Arthur Brown and Fairport Convention  all appeared at the Roundhouse Chalk Farm in London. 1968, The Who play at Festival Hall in Brisbane, Queensland. The performances go over … END_OF_DOCUMENT_TOKEN_TO_BE_REPLACED 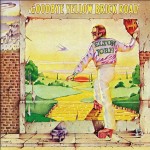 1966,  Pink Floyd played the first of of 11 gigs at The Marquee Club. They had appeared there earlier in the year, but only as a support act. 1967, The Jimi Hendrix Experience, Pink Floyd, The Who, Keith West and Tomorrow, Eric Burdon & The Animals, 1984 (featuring future Queen guitarist Brian May) and Soft Machine all appeared at The Olympia, London at an all night … END_OF_DOCUMENT_TOKEN_TO_BE_REPLACED

1967, Rolling Stones guitarist Brian Jones was rushed to St Georges hospital in London after collapsing. A doctor reported Jones was tired and suffering from over strain and was also recovering from having some teeth out. 1968, Deep Purple played at the Grande Ballroom in Detroit, Michigan. 1968, Marvin Gaye scored his first number one single when "I Heard It Through The … END_OF_DOCUMENT_TOKEN_TO_BE_REPLACED

1965, The Beatles taped an appearance for CBS-TV's The Ed Sullivan Show at Studio 50, New York City. They performed "I Feel Fine," "I'm Down," "Act Naturally," "Ticket to Ride," "Yesterday," and "Help!" Also, The Beatles fifth album Help! started a nine-week run at number one on the charts. 1965, Sonny & Cher started a three week run at number one on the US … END_OF_DOCUMENT_TOKEN_TO_BE_REPLACED