I’m Uncle Marty, this is The 3D RadioActivity, and on this episode we are on a secret musical mission. The first Known Use of the word was in the 14th century, The Origin is in Middle English, from Anglo-French secré, from Latin secretus, from the past participle of se–cer–nere, to separate, distinguish, from se- apart + cernere to sift. It’s quite versatile, and can be an object, process or adjective where something is revealed only to the initiated; designed to elude observation or detection or containing information whose unauthorized disclosure could endanger national security. As a noun it can be something kept hidden or unexplained, not to be confused with last week’s mystery show; something kept from the knowledge of others or shared only confidentially with a few; a method, formula, a process used in an art or operation and divulged only to those of one’s own company or craft, like Colonel’s Sanders’ secret recipe. Only this time we will play more songs than ingredients used in Kentucky Fried Chicken. 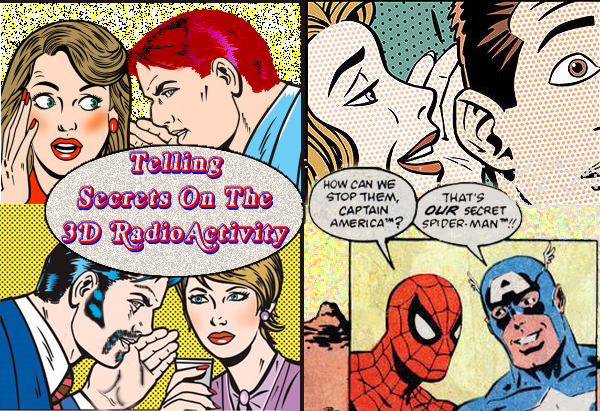 Check us out on Groovy Radio, TuneIn.com and InternetFM too.   I’d like to ask you to tell all your friends about our program too.

If you have any ideas for our next shows please be sure to let me know. It’s easy to send an email by clicking on my name below or Like and message me on Facebook, where you will find links to all the previous podcasts along with the graphics in the “Photo” section.