You are here: Home / Peabody's Picks / Song of the Day – The Daylight Braves: “Summer At Last” 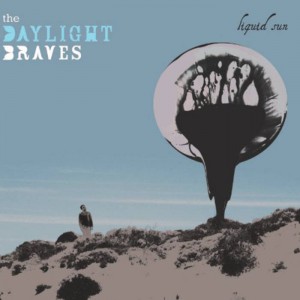 In the summer of 2011, Adelaide, Australia’s Daylight Braves released their one and only “record”, an EP entitled “Liquid Sun”. 5 of the 6 tracks were forgettable. But that 6th track, oh, that 6th track. “Summer At Last” is a brilliant, shimmering piece of psychedelic guitar rock at its finest. In a just world this would have been the #1 song in the world for several weeks. Had it been released in 1967, it might well have been. The fact that it has, as of this writing, less than 1500 views on YouTube is criminal. As a huge fan of the psychedelic genre, I have always thought “what if” this style of music had become popular a few years later, when modern recording techniques took hold? One need look no further than this song to get a glimpse of what might have been.

And what became of The Daylight Braves? They broke up in 2012 due to “geographical difficulties”, an unfortunate situation that I am all too familiar with. In the first half of 2014 I played in a classic rock cover band whose base of operations was, on a good day, an hour plus away. After several months, the hours spent in the car got to me, and I was forced to give it up. No “creative differences”, no prima donnas, no personality conflicts, just “geographical difficulties”. So put this song on, crank it up, and dream of a day when we have Star Trek-like transporters and can instantaneously go rock out with our fellow musicians wherever they may be.