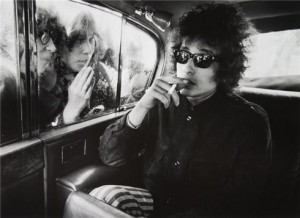 1965, Bob Dylan arrives in England for a tour promoting his new album, Bringing It All Back Home. D.A. Pennebaker films his performances and acerbic exchanges with the press for the documentary Don’t Look Back.

1966, Dusty Springfield was at number one on the singles chart with “‘You Don’t Have To Say You Love Me.”

1966, The Who’s first album is released in the U.S. on Decca. Retitled The Who Sings My Generation, it features a different cover, drops “I’m a Man” for the Shel Talmy-produced “Instant Party,” edits the instrumental break out of “The Kids Are Alright,” and reverses the order of “A Legal Matter” and “The Ox.” It is released in both mono and stereo although both are simply mono electronically processed as stereo. Billboard says: “the four boys from London have an ear-splitting, gut-busting and best-selling package in this program of blues-oriented rock numbers.” It fails to reach the U.S. charts, but does get airplay on Detroit radio.

1966, The Who performed at the Lynx Club in Borehamwood, Hertfordshire, England.

1966, The New York Times reports that Ray Charles has been ordered to undergo tests at a Boston hospital to confirm that he has been weaned off drugs.

1969, Jimi Hendrix played at The Forum in Inglewood, California.

1969, The Original Cast of Hair started a 13-week run at number one on the album chart.

1969, “Get Back,” credited to the Beatles with Billy Preston, goes to number one on the UK singles chart.

1969, During the band’s second North American tour, Led Zeppelin played the second of two nights at The Winterland Ballroom, San Francisco in California.

1970, Jimmy Page’s solo appearance on the BBC’s Julie Felix Show reveals an interesting change of direction for Led Zeppelin. While the band is pegged as a purveyor of blues bombast, his performance of the acoustic “White Summer/Black Mountain Side,” influenced by folk guitarist Bert Jansch, is a good indication of the gentler direction of Led Zeppelin III.

1972, Pink Floyd played the first of two nights at Ford Auditorium in Detroit, Michigan in support of Dark Side of the Moon.

1974, Queen appeared at the Orpheum Theater in Boston.

1975, BJ Thomas went to number one on the singles chart with “(Hey Won’t You Play), Another Somebody Done Somebody Wrong Song.” It was the singer’s second US chart topper.

1977, Glen Campbell had a number one hit with “Southern Nights.”

1979, The Allman Brothers Band played at the Civic Center in Springfield, Massachusetts.

1980, Blondie were at number one on the singles chart with “Call Me,” featured in the Richard Gere movie American Gigolo.

1980, The Beat released “Mirror In The Bathroom.” It was the first digitally recorded single in the UK.

1980, The Who play at Kemper Arena in Kansas City, Missouri.

1988, Mick Jagger appeared in White Plains, New York, Federal Court in the copyright infringement case brought by reggae singer Patrick Alley, who claimed the Mick Jagger solo track “Just Another Night” was a plagiarism of his own song of the same name. Alley was claiming $7 million (£4.66 m) in profits from the track. During the case Sly Dunbar played drums to the court to show how the beats were different in each song and Mick sang and played demos of his song to show the court the development of the track. At the end of the week-long trial, Jagger won the case.

1990, Nirvana appeared at the Pyramid Club in New York City. The band’s label Sub Pop filmed the show and the performance of “In Bloom” was later used as a promo clip.

1997, Ernest Stewart, keyboard player with KC and the Sunshine Band, died of an asthma attack.

2008, Amy Winehouse spent the night in custody after being arrested on suspicion of assault. Police said Winehouse had been “in no fit state” to be questioned when she arrived at the London station and she was kept in the cell. The 24-year-old was to be questioned about an incident said to have occurred 3 days earlier after a 38-year-old man claimed he was assaulted.

2013, US country singer George Jones, who had a string of number one songs between the 1950s and 1990s, died aged 81. Nicknamed “Possum,” his signature song was “He Stopped Loving Her Today,” a track about love and death. He was married to Tammy Wynette between 1969 and 1975 and the pair recorded several songs together in the 1970s.