You are here: Home / Archives for Ray Charles

1967, The Bee Gees appeared live on the UK TV show As You Like It. The group were promoting their debut single "New York Mining Disaster 1941." 1968, Quicksilver Messenger Service and The Hallucinations performed at Boston Tea Party in Boston, Massachusetts. 1969, The Who stage the Hollywood premiere of Tommy, performing the rock opera at the Hollywood Palladium as part … END_OF_DOCUMENT_TOKEN_TO_BE_REPLACED

1966, Steve Marriott of The Small Faces collapsed while performing on UK TV show Ready Steady Go! The group were forced to cancel the following week's gigs. 1966, Big Brother & the Holding Company perform with their new lead singer, Janis Joplin, for the first time. 1967, In Woodstock, N.Y., Bob Dylan and the Band begin to record what will become known as The Basement … END_OF_DOCUMENT_TOKEN_TO_BE_REPLACED 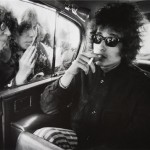 1965, Bob Dylan arrives in England for a tour promoting his new album, Bringing It All Back Home. D.A. Pennebaker films his performances and acerbic exchanges with the press for the documentary Don't Look Back. 1965, The Who perform at Town Hall in Bridgwater, Summerset, England.  They are paid £200 ($320). 1966, Dusty Springfield was at number one on the singles chart … END_OF_DOCUMENT_TOKEN_TO_BE_REPLACED

1966, The Who performed at Birmingham Hippodrome in Birmingham, West Midlands, England. 1967, Pink Floyd appeared at Blue Opera Club, held at at The Feathers public house in London, England. A patron threw a penny a Roger Waters resulting in gash to his forehead. 1968,  Keith Moon, drummer with The Who, drove his Lincoln car into a Holiday Inn swimming pool while enjoying … END_OF_DOCUMENT_TOKEN_TO_BE_REPLACED

1966, The Monkees started a seven-week run at number one on the singles charts with the Neil Diamond song "I'm A Believer." 1966, Ray Charles appeared at the City Center Arena in Seattle Washington.  The tickets cost $4.50 at the door. 1966, The Move, Pink Floyd, and The Who appeared at the New Year's Eve All Night Rave, at The Roundhouse, Chalk Farm Road, London. 1967, … END_OF_DOCUMENT_TOKEN_TO_BE_REPLACED