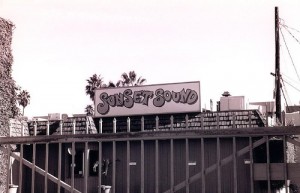 1966, The Doors started recording their self-titled first album at Sunset Sound Recording Studios, West Sunset Boulevard, Los Angeles, California. The Sunset Sound Recorders complex was created by Walt Disney’s Director of Recording, Tutti Camarata, from a collection of old commercial and residential buildings, some built more than 80 years ago. At the encouragement of Disney himself, Camarata began the project in 1958, starting with a former automotive repair garage whose sloping floor would tend to reduce unwanted sonic standing wave reflections

1967, The Doors performed at Public Auditorium in Cleveland, Ohio.

1968, Pink Floyd played the last date of a North American tour at The Bank, in Torrence, California.

1969, During a North American tour Led Zeppelin appeared at the Veterans Memorial Coliseum in Jacksonville, Florida.

1970, The Who are at the Civic Hall in Woverhampton, England. They are joined onstage by John Sebastian, of The Lovin’ Spoonful, who is a houseguest of the Townshends at the time.

1972, The Who appeared at the Scandinavium in Gothenburg, Sweden.

1974, Paul Anka with Odia Coates started a three week run at number one on the US singles chart with “You’re Having My Baby,” Anka’s 24th US top 40 hit. It made it to number six in the UK.

1975, Queen started recording “Bohemian Rhapsody” at Rockfield studio’s in Monmouth, Wales. The song was recorded over three weeks. Freddie Mercury had mentally prepared the song beforehand and directed the band throughout the sessions. May, Mercury, and Taylor sang their vocal parts continually for ten to twelve hours a day, resulting in 180 separate overdubs.

1977, Singer, songwriter Waylon Jennings was arrested and charged with possession of cocaine. Jennings had recently been named an honorary police chief. 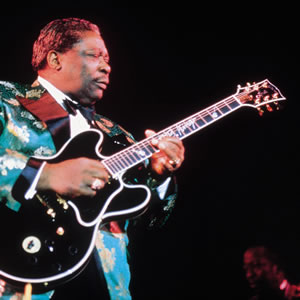 1981, Mark Chapman was given a 20 year jail sentence for the murder of John Lennon. The 25 year old had shot Lennon five times at close range on December 8th, 1980 in front of The Dakota apartment building in New York City. Over the next few months, Chapman would claim many times to have been beaten by fellow inmates, some of whom allegedly tried to kill him.

1983, David Bowie performed at the Scope, in Norfolk, Virginia.

1998, Producer Gene Page died after a long illness. He worked with Barbra Streisand, Barry White, The Righteous Brothers, Dobie Gray, Bob and Earl. He produced Whitney Houston’s “‘Greatest Love of All,” and Roberta Flack’s “Tonight I Celebrate My Love.”

2009, The Los Angeles County Coroner ruled Michael Jackson’s death a homicide caused by a mix of drugs meant to treat insomnia. On February 8, 2010, Dr. Conrad Murray was charged with involuntary manslaughter by prosecutors in Los Angeles. Dr. Murray pleaded not guilty and was released after posting $75,000 bail, but would be found guilty in November, 2011 and was sentenced to four years in a Los Angeles County jail.