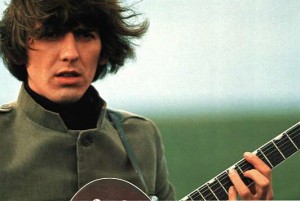 1965, The Beatles worked on a new George Harrison song “Think For Yourself” at Abbey Road for their forthcoming Rubber Soul album. After rehearsing the song, they recorded the basic instrumental track in one take.

1966, The Who go into CBS Studios in London and record at least two takes of the backing track for their next single “Happy Jack.” John and Keith then go to Regent Sound and record John’s new composition, “I’ve Been Away,” during a half-hour session while Roger and Pete are off at a pub.

1968, Cynthia Lennon is granted a divorce from husband John in London. John Lennon is not in court, having rushed to Yoko Ono’s bedside at Queen Charlotte’s Hospital. Ono suffers a miscarriage shortly afterward. Peace advertisements purchased by John and Yoko are aired on neutral Israel Radio.

1968, The Doors perform at Veterans Memorial Auditorium in Columbus, Ohio.

1968, The Who, Joe Cocker and The Grease Band, The Mindbenders and The Crazy World of Arthur Brown all appeared at The Walthamstow Granada Theatre, England.

1968, Pink Floyd played at the Wood Green Jazz club at the Fishmonger’s Arms in North London.  The building is now a row of flats.

1969, “Something,” the first Beatles A-side composed by George Harrison entered the UK singles chart, it peaked at number four in the UK and went on to be a number one on the US charts.

1969, The Rolling Stones perform at the Forum in Inglewod, California, where they smash the concert gross record previously held by the Beatles.

1970, Jim Morrison makes recordings of his spoken-word material. After his death, the Doors set the poems to music as An American Prayer.

1971, Led Zeppelin released their fourth album. With no title printed on the album, and generally referred to as Four Symbols, The Fourth Album, ZOSO, or Led Zeppelin IV, it has gone on to sell over 37 million copies worldwide. The 19th century rustic oil painting on the front of the album was purchased by Robert Plant from an antique shop in Reading, Berkshire, England. The 20th century urban tower block on the back of the full gatefold LP cover is Butterfield Court in Eves Hill, Dudley, England.

1973, Genesis performs at Massey Hall in Toronto, in support of Selling England by the Pound. 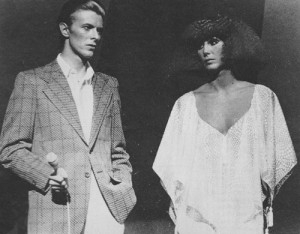 1975, David Bowie made his US TV debut performing “Fame,” on the Cher CBS-TV show.

1998, Robbie Williams scored his second UK number one album with I’ve Been Expecting You. The album which featured his UK number one hit “Millennium,” which went on to become the UK’s best selling album for that year with sales over 2.5 million.

2008, AC/DC started a two-week run at number one on the US album chart with Black Ice, the band’s fifteenth studio album and the second-best selling album of 2008. Black Ice went to the top spot in 29 countries, including Australia, Canada, the UK, and the US.