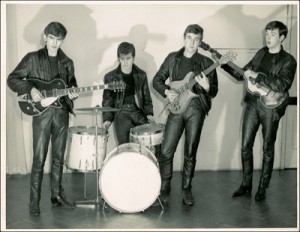 1962, The Beatles made their first appearance on the UK singles chart with “Love Me Do,” which peaked at number four.

1964, The Who performed at Wolsey Hall, Cheshunt, England.

1967, The Doors appeared at Danbury High School, Danbury, Connecticut. Before the group came on stage, an announcer told the audience not to leave their seats during the performance or they would be escorted out of the venue. There was also a beauty pageant just prior to The Doors coming on stage.

1967, The Who performed at the Civic Center in Baltimore, Maryland.

1968, Jimi Hendrix played at the Winterland Ballroom in San Francisco.

1968, John Mayall & the Bluesbreakers appeared at the Grande Ballroom in Detroit, Michigan.

1968, during a Beatles recording session at Abbey Road, six saxophonists recorded parts for “Savoy Truffle” for the forthcoming White Album. George Harrison distorted the saxophones to get the desired sound.

1969, One hit wonders Jane Birkin and Serge Gainsbourg were at number one on the UK singles chart with “Je t’aime… Moi non plus.” Banned by many radio stations for its sexual content and sounds, it is the only French language chart topper in the UK.

1970, The Who performed at the Odeon Theatre in Birmingham, West Midlands, England.  Pete Townshend introduces the audience to one of the co-authors of “Dogs, Part Two” and brings his dog Towser on stage.

1972, The Who and opening act Golden Earring appeared at Festhalle in Frankfurt, Germany for the  beginning of their European tour. It is the band’s first concert in seven months, their longest time off the stage to that date. The as-yet unreleased songs “Long Live Rock” and “Relay” are premiered.

1974, John Denver was at number one on the singles chart with “Annie’s Song.” The song was a tribute to his wife and was written in ten minutes while he was on a ski lift.

1975, Neil Sedaka started a three week run at number one on the singles chart with “Bad Blood,” his third number one. The song featured Elton John on backing vocals. 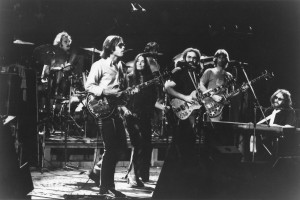 1977, The Grateful Dead performed at Lloyd Noble Center on the campus of the University of Oklahoma.

1980, The Police scored their second UK number one album with Zenyatta Mondatta.

1981, The Rolling Stones performed at the Memorial Coliseum, Los Angeles, California, USA, as part of a 50-date North American tour. 95 fans were arrested after trouble broke out at the venue. The tour became the largest grossing of 1981, with $50 (£31.25) million in ticket sales.

1981, The Kinks performed at the Lakeland Civic Center, Lakeland, Florida.

1986, Madonna was at number one on the UK singles chart with the title track from her album True Blue, her third UK chart topper. The title came from a favorite expression of her then husband Sean Penn and was a direct tribute to him

1990, Drummer Dave Grohl played his first gig with Nirvana when they appeared at the North Shore Surf Club in Olympia.

1991, Comedian, singer, and actor Redd Foxx suffered a heart attack during rehearsals for the television series The Royal Family.  He died later that evening at the hospital. Foxx was 68. It was an ironic end to man whose character on Sanford and Son often feigned having a heart attack.

1991, Apple Computers settled a lawsuit launched by The Beatles’ record company, Apple Corporation, over the name and logo rights. The computer company reportedly paid $29 million to settle the suit.

1997, The Verve started a four-week run at number one on the UK album chart with their third album Urban Hymns. The band’s best-selling release features “Bitter Sweet Symphony,” and “The Drugs Don’t Work.”

1999, Motley Crue drummer Tommy Lee was released on $5000 (£3,125) bail after facing charges relating to a riot at a gig in North Carolina in 1997. Lee allegedly incited the crowd to attack a guard and had also poured a drink over his head.

2005, Freddie Mercury’s 1974 Rolls Royce Silver Shadow was offered for auction on eBay by his sister, Kashmira Cooke, who had inherited the car from him. The luxury vehicle had not appeared in public since 2002, when it had been used to transport the Bulsara family to the premiere of the Queen stage musical We Will Rock You. It came with a box of Kleenex Mansize tissues left in the car by Freddie.

2009, Barbra Streisand went to number one on the US album charts with Love Is the Answer. Streisand’s ninth number one album, making her the only artist to achieve that feat in America in five different decades.

2012, The Rolling Stones’ new single “Doom And Gloom”, was released, the first new studio recordings since 2005’s A Bigger Bang. “Doom And Gloom” was the lead single from the band’s most recent greatest hits collection, GRRR!