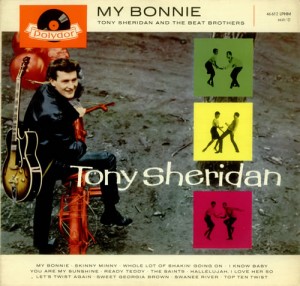 1961, Two days after Beatles fan Raymond Jones asked for The Beatles’ German single “My Bonnie” (recorded with Tony Sheridan) at Brian Epstein’s NEMS record store in Liverpool, two girls asked for the same record. Epstein’s difficulty in locating the record was due to him not knowing that the record was released, not by The Beatles, but by Tony Sheridan and “The Beat Brothers” (‘Beatles’ resembles a vulgar slang word in German, so The Beatles’ name was changed for this single).

1965, The appear at Manchester University in Manchester, England.

1967, Rolling Stones guitarist Brian Jones admitted in court to possession of cannabis and allowing his flat to be used for the smoking of the drug. His plea of ‘not guilty’ to the charge of possessing methedrine and cocaine was accepted. Jones was sentenced to nine months in Wormwood Scrubs prison. He was released on bail the following day.

1967, Tyrannosaurus Rex recorded a session for the UK Radio 1 Top Gear show, the first group to do so without a recording contract.

1967, The Who play City Hall in Newcastle. The quite different stereo mix of Also, The Who Sell Out is created at De Lane Lea Studios in London. That evening Nederland 2 airs Vjoew featuring an interview with Pete conducted by John Peel. Pete plays an acetate of “Armenia City In The Sky,” showing the artwork for the album and discussing the thematic advertising link.

1970, Jim Morrison of The Doors was fined and sentenced to six months in jail after being found guilty of exposing himself during a gig in Miami.

1970, Hotlegs made their live debut supporting The Moody Blues at the Festival Hall, London. Their only hit “Neanderthal Man” reached number two in July 1970. The members from the group went on to become 10cc.

1971, John Lennon and The Plastic Ono Band went to number one on the UK album chart with Imagine. The album contained two tracks attacking Paul McCartney, “How Do You Sleep” and “Crippled Inside.” 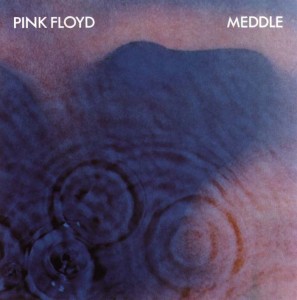 1971, Pink Floyd released their sixth studio album, Meddle, in the US. The album features “One Of These Days” and the 23-minute track “Echoes” which took up all of second side on the vinyl record. The cover image was photographed by Bob Dowling. The image represents an ear, underwater, collecting waves of sound, represented by ripples in the water.

1972, Elton John performs at the Royal Variety Performance for Queen Elizabeth II. He’s the first rocker to do so since the Beatles entertained Her Majesty in 1963.

1976, Led Zeppelin announce that they will embark on another world tour. However, the tour is later postponed due to Robert Plant’s tonsillitis.

1977, The Grateful Dead played at Assembly Hall on the campus of Indiana University in Bloomington.

1982, Australian band Men At Work went to the top of the US singles chart with “Who Can It Be Now,” the group’s first US number one, and a number 45 hit in the UK.

1988, Nirvana appeared at a dorm party at Evergreen State College in Olympia, Washington.

1988, Bon Jovi kicked off a 232-date world tour at the RDS Arena in Dublin, Ireland. The band’s New Jersey Syndicate Tour ran until 1991.

1998, All four original members of Black Sabbath reunited momentarily to play “Paranoid” on The David Letterman Show on CBS-TV in the US.

2002, Jam Master Jay from Run-DMC was murdered by an assassin’s single bullet at his recording studio in Queens, New York.

2003, Steve O’Rourke suffered a stroke and died in Miami, Florida. O’Rourke had managed Pink Floyd since 1968, and was the executive producer for their 1982 film The Wall.

2007, Forbes.com reported that Elvis Presley had regained his crown as the highest-earning dead celebrity, with an annual income of $49m (£23.7m) during the past year. John Lennon ranked second with $44m (£21.3m), while Peanuts cartoon creator Charles M Schulz was third on the list, Beatle George Harrison was fourth with $22m (£10.6m). Nirvana’s Kurt Cobain topped the list in 2006.

2007, Linda Stein, former co-manager of punk band the Ramones, was found beaten to death at her Manhattan apartment. Mrs Stein was the ex-wife of Seymour Stein, former president of Sire Records, which was the launching pad for the Ramones, Talking Heads and Madonna.