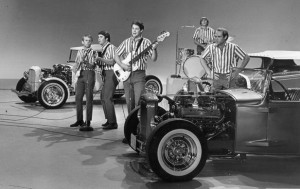 1964, The Beach Boys made their TV debut on The Ed Sullivan Show on US TV where they performed “I Get Around” and “Wendy.”

1966, The Who’s managers Kit Lambert and Chris Stamp  attend a Jimi Hendrix performance at the Scotch of St. James Club. Chandler has heard about their Track Records’ startup (Hendrix originally wanted to sign with Decca because The Who were on Decca in the US.) After hearing Hendrix play, Lambert and Stamp try to talk him into letting them be his managers but Chandler, naturally, refuses so they sign Hendrix as their first act for Track

1967,  The Beatles recorded various parts for the new John Lennon song “I Am The Walrus” and the new Paul McCartney song “Fool On The Hill.”

1968, The Velvet Underground performed at the Boston Tea Party in Boston.  The support act was Fire and Ice.

1968, Pink Floyd appeared at the Queens Hall in Dunoon, Scotland. Due to bad weather all the ferries to Dunoon were cancelled, so Pink Floyd hired their own boat from Gourock and risked the rough seas to make the crossing to Dunoon to appear in front of 400 fans.

1969, Eric Burdon & War, along with Mountain, performed at the Eastown Theater in Detroit, Michigan.

1969, The Allman Brothers Band appeared at the Piedmont Music Festival in Atlanta, Georgia.

1970, The Rolling Stones appeared at Stadthalle in Vienna, Austria.

1970, Pink Floyd performed two shows (6 pm and 9 pm) at the Fillmore East in New York.  Setlist for both shows: Astronomy Domine, Green Is the Colour, Careful With That Axe Eugene, Fat Old Sun, Set The Controls for the Heart of the Sun,  A Saucerful of Secrets.  The encore was Atom Heart Mother with brass and choir.

1972, Rory Storm, singer from the British ’60s group Rory Storm and the Hurricanes, died aged 32 after taking an overdose of sleeping pills in a suicide pact with his mother. Ringo Starr played drums with Storm before joining The Beatles.

1973, Rolling Stone announces that guitarist Carlos Santana has added the name “Devadip” since becoming a disciple of Sri Chinmoy. The name means “the Lamp of the Light Supreme.” 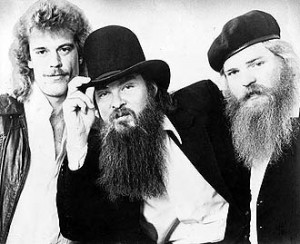 1978, Eric Clapton sponsored a West Bromwich Albion UEFA cup-tie against Galatasarey of Turkey. After the game, Eric presented each player with a gold copy of his latest album Slowhand.

1979, Scottish guitarist Jimmy McCullough died from a heroin overdose in his apartment in Maida Vale, London, aged 26. He was a member of Stone The Crows, Thunderclap Newman, and Wings (1974 to 1977). When “Something in the Air” by Thunderclap Newman went to number one in 1969 it made McCulloch the youngest guitarist to ever play on a chart topping single, he was sixteen years old at the time.

1986, Metallica bass player Cliff Burton was crushed to death after the bands tour bus crashed between Stockholm and Copenhagen. During a European tour, members from the band drew cards for the most comfortable bunk on the tour bus, Burton had won the game with an Ace of Spades and was asleep when the tour bus ran over a patch of black ice and skidded off of the road. He was thrown through the window of the bus, which fell on top of him.

1986, The Beatles’ “Twist and Shout” re-entered the US singles chart over twenty-five years after it first appeared, after the song was featured in the film Ferris Bueller’s Day Off.

1998, The Manic Street Preachers scored their first UK number one album with their fifth release This Is My Truth Tell Me Yours.

2000, U2 played a show from the rooftop of The Clarence Hotel in Dublin, which they own. Over 4,000 fans gathered on the streets below.

2004, Legendary record producer Phil Spector was formally charged with murder in the February 3rd, 2003 shooting of actress Lana Clarkson. He was convicted in April, 2009 and sentenced to nineteen years to life in the California State prison system.

2008, Pink Floyd’s manager Bryan Morrison died after spending over two years in a coma. Morrison suffered severe brain injuries in a polo accident at the Royal Berkshire Polo Club, England in 2006, and never recovered. He also managed The Pretty Things, and was a music publisher for Syd Barrett, The Bee Gees, Elton John, The Jam, T-Rex and Wham!

2011, Tony Bennett became the oldest living person to top the US album chart when the 85-year-old’s Duets II album went to number one. The record, which featured collaborations with Amy Winehouse and Lady Gaga, was also his first US chart topper in his 60 year career. The previous oldest performer to top the chart was Bob Dylan in 2009 with Together Through Life. At the time he was 67-years old.