You are here: Home / Music / Alternative / “Birthday” by The Sugarcubes 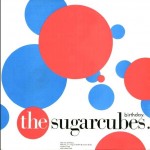 Song of the Day  – “Birthday” by The Sugarcubes

Possessing an otherworldly approach to singing and an obtuse sense of fashion, Iceland’s greatest musical export is Bjork! Go ahead…name another!

Bjork started out as a children’s recording artist making her first record at the age of 11. By the late ’80s, she joined The Sugarcubes and had a large alternative hit with “Birthday.” The band could not sustain its Fleetwood Mac-like relationship issues and broke up after a few albums allowing Bjork to spread her wings (ever seen that dress) and become the most original vocalist since Yma Sumac.

Her new album is entitled Vulnicura.