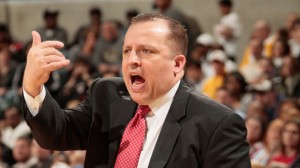 The Chicago Bulls improved their record to 2-3 after Friday’s win against the alarmingly horrific Utah Jazz. Utah presented the perfect opportunity for the Bulls to gain confidence and quiet some of the chatter about their slow start to the season. The reasoning behind Chicago’s poor start has been widely discussed: Derrick Rose is still getting back into form, his teammates are relearning how to play with him, the players are getting used to a new offensive style, etc. While these points are valid, a deeper look into some of Chicago’s recent struggles reveal long-term challenges the team may face.

1. The Bulls offense is playing too slow

One of the storylines of the offseason was Coach Tom Thibodeau’s new offense which emphasized speed, ball movement and utilizing the fast break for easy buckets. However, increased pace has been absent in the team’s offense. The Bulls rank in 23rd in pace and 22nd in points per game, per NBA.com. The beginning of Friday’s game against Utah offered a brief sample size of how potent Chicago’s offense can be when they push the game’s tempo. The Bulls scored 18 points in the first five minutes of the game, using Utah’s poor shooting and sloppy play to leak out in transition.

A turnover-laden second quarter slowed the Bulls pace and offensive efficiency. The Bulls committed 10 turnovers in the second quarter and allowed the Jazz to pull back into the game. Four of the turnovers were committed by Rose, who at times appears to be trying to do too much on the court. While Rose will certainly cut down on his turnovers as he gets back into the flow of the game, the Bulls must make a conscious effort to play at a faster pace. Their defense is one of the stingiest in the league, ranking third in points allowed per 100 possessions, per NBA.com. They also feature two talented passing big men in Joakim Noah and Carlos Boozer. These two strengths should be used to get out in transition following defensive stops and convert easy baskets on the other end.

A game between the Clippers and Heat may have revealed one of Chicago’s biggest flaws. On Thursday, the Miami Heat defeated the Los Angeles Clippers 102-97. The Heat turned around a halftime deficit by taking the ball out of Chris Paul’s hands in the second half. The Heat trapped Paul on practically every pick-and-roll he ran, forcing him to get rid of the ball and limiting his playmaking potential.

The same strategy can be utilized on Derrick Rose and the Bulls. In crunch time, the Bulls use a lineup that features Rose and Jimmy Butler in the backcourt. Butler has certainly made strides in the offseason as a shooter and finisher around the rim. However, he is still not an adept ball handler. Watch in this clip as the Heat trap Butler on the pick-and-roll, leading to a turnover.

Kirk Hinrich is a solid backup point guard who can handle the ball and run the pick-and-roll. Yet, it is unlikely the Bulls will insert him into the lineup in close games over Butler. Therefore, Butler will need to develop in this area in order for the Bulls to have an answer against Miami’s trapping defensive style.

3. The Bulls don’t match up well with the Pacers

Excellent defense, physicality, tremendous size, a young superstar. These qualities not only apply to the Bulls, but also the Indiana Pacers. The Pacers have opened the season 7-0, including wins against the Bulls and Nets. The Pacers rank first in the league in both defensive efficiency and point differential, outscoring opponents by an average of 9.6 points per game, per ESPN. Indiana has the look of a team that is playing for the number one seed in the east.

In their regular season matchup against the Bulls, the Pacers frequently deployed Paul George on Derrick Rose. George is one of the league’s most dominant perimeter defenders and his length and speed were very effective against Rose. Chicago’s usual size advantage is also cancelled out against Indiana. Roy Hibbert, David West, Luis Scola and Ian Mahinmi present both depth and tremendous size in the frontcourt. Moreover, Indiana’s bench is far superior to Chicago’s. Whether the Pacers use Lance Stephenson or Danny Granger as their sixth man, each presents a more effective scorer than anyone the Bulls can turn to off the bench. One game against a team does not explain the outcome of a potential playoff series. Still, the matchups appear to heavily favor Indiana if the two were to meet in the playoffs.