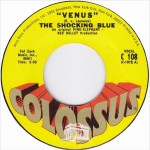 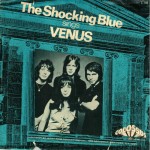 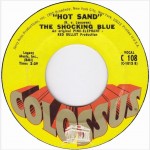 The group behind today’s jukebox classic were truly one hit wonders in the United States, but Dutch band The Shocking Blue scored numerous hits in their native Holland. Even so, their biggest worldwide hit, “Venus” which topped the charts in seven countries, only made it to #8 on the Dutch charts.

“Venus” is an infectious power pop confection that was based on a 1963 folk song called “The Banjo Song” which was originally released in 1963 by The Big 3, the group that introduced Mama Cass Elliot to the world. The guitar riff also bears a strong resemblance to The Who’s “Pinball Wizard,” however all that “borrowing” shouldn’t stop anyone from loving this chart-topping single that sold well over one million copies in 1970.

A typo in the English translation of the song resulted in lead singer Mariska Veres pronouncing the word “Goddess” in the song’s first line as “Goddness.” (Listen for yourself!) The song appeared on the group’s second album At Home, which was released in 1969 and also holds the distinction of containing the song “Love Buzz” which Nirvana covered as their debut single in 1988.

Girl group, Bananarama brought “Venus” back to the top of the US charts again in 1986, and it was also brought to the top ten of the UK charts in 1990 by dance producers The BHF (Bisiach Hornbostel Ferucci) who gave the track a house arrangement. The song has also been covered by Southern Culture On The Skids, Tom Jones and Jennifer Lopez.

The flip side of today’s single “Hot Sand,” is a fuzzed out, sitar-driven track that is every bit as good as the A-side and was not included on American copies of their debut album. It was later amended to the CD release.

The song also holds the distinction of sharing its title with another big hit from a different era, in this case “Venus” by Frankie Avalon.  Other songs that hold this distinction are “My Love” by Petula Clark and Paul McCartney and “Best Of My Love” by The Emotions and The Eagles. Can you name any others?