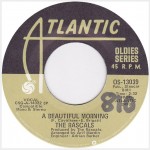 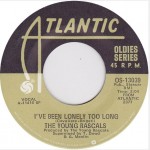 Before Bruce Springsteen and Bon Jovi, The Rascals were the group that put New Jersey on the musical map. The group consists of Eddie Brigati on vocals, Felix Cavaliere on keyboards and vocals, Gene Cornish on guitar and Dino Danelli on drums. Cavaliere, Cornish and Danelli were all members of Joey Dee and the Starlighters along with Eddie Brigati’s brother David. The group formed in the basement of Brigati’s house in Garfield, New Jersey calling themselves The Rascals. They changed their name to The Young Rascals after their manager Sid Bernstein found another group called The Harmonica Rascals who objected to them using their original name.

Their sound was pure blue-eyed soul and the group began by performing covers, scoring hits with songs like “I Ain’t Gonna Eat Out My Heart Anymore,” “Good Lovin’” and “Mustang Sally” before trying their own hand at writing songs for themselves. What followed was a string of stunning, indelible original hits including “You Better Run,” “Groovin’,” “A Girl Like You,” “How Can I Be Sure,” “It’s Wonderful,” “People Got To Be Free,” and the two songs that inhabit today’s jukebox single “A Beautiful Morning” and “I’ve Been Lonely Too Long.”

“A Beautiful Morning” was the group’s first “grown up” single, meaning that The Young Rascals drop the “Young” in their name to be forever known as just The Rascals. However, the song was just as innocent and vibrant as many of their many other hit singles, adding a welcome relief to some of the heavier sounds that graced the charts in 1968. It was also the perfect follow-up single to “Groovin’.”

The song, which was written by Cavaliere and Brigati, climbed to the #3 position of the pop charts in 1968 and sold well over a million copies. It was originally released as a stand-alone single with “Rainy Day” on the flip side, and made its first appearance on an album on Time Peace: The Rascals’ Greatest Hits in 1968. The album would go on to be the most popular album in the group’s entire canon topping the charts in September 1968.  In its wake, the song has been used countless times to sell products in TV commercials.

The flip of today’s jukebox classic is another stellar single “I’ve Been Lonely Too Long,” which was originally released on the group’s second album Collections. The song was written by Felix Cavaliere, although early copies of the 45 credited it to Cavaliere and Eddie Brigati. The song climbed to #16 on the charts when released as a single in January of 1967.

Cavaliere: “That song was our savior. Before that, there was disgruntled talk in and out of the ranks, and thank God, it was a hit. In retrospect, “Good Lovin”‘ launched The Rascals, but it was “Lonely Too Long” that proved the band was more than a one-hit wonder.” (www.therascalsarchives.com/)

Rock critic Dave Marsh included the song in his book The Heart Of Rock & Soul: The 1001 Greatest Singles Ever Made and said the following: “Holland-Dozier-Holland deserve royalties for the intro, but after Felix’s organ comes in, The Rascals are on their own with one of the most distinctive performances in blue-eyed soul. The highlight, though, is Dino Danelli’s drumming, which merges Benny Benjamin funk with Keith Moon power.”

By the end of the 1960s, The Rascals’ popularity began to wane, leading to the departure of Eddie Brigati in 1970 and Dino Danelli in 1971. The group carried on for a few more years, releasing several really good jazz-rock albums for Columbia Records in a similar vein to Blood Sweat & Tears and Chicago, before calling it quits.

The Rascals went dormant for the next 40 years except for a brief tour that featured three of the members in 1988, a performance at the Rock And Roll Hall Of Fame induction ceremony in 1997, and another tour where they were booked as The New Rascals featuring only Cornish and Danelli. Meanwhile, Cavaliere formed his own version of The Rascals (calling it Cavaliere’s Rascals) to perform the group’s repertoire, and Brigati also got in on the acrimonious touring game by putting together a group he called The Boys From The Music House, that also featured his brother to perform the Rascals’ repertoire.

After many years of not speaking to each other, the original quartet reunited in 2009 for a benefit show for Kristen Ann Carr (a member of Bruce Springsteen’s camp) at the behest of Springsteen guitarist Steve Van Zandt who joined the group with Springsteen for their encore of “Good Lovin’.”

The Carr benefit led to the creation of a jukebox musical by Steve Van Zandt and his wife Maureen with lighting director Marc Brickman called The Rascals: Once Upon A Dream. The show starred the original lineup of the band performing in front of projection screens and debuted for six performances at The Capitol Theater in Port Chester, New York in December of 2012. After the brief residency, the show moved to Broadway where the group gave 14 more performances the following spring, and then it hit the road and toured throughout North America to rave reviews.

As a longtime fan of the group, I never thought the day would come that I would actually ever get the opportunity to see the group in action…in any form. However, I was fortunate enough to catch them this past November in Chicago. The group was every bit as good as they ever were, and the material has surely stood the test of time.  If the show comes around again, I urge any fan of the group to go see it at once.