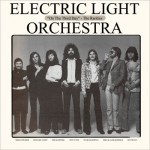 By 1973 and the release of their third album, On The Third Day, ELO had literally rid themselves of all the Wood (Roy Wood, that is) from the lineup, and the band was firmly under the artistic direction of Jeff Lynne.

The record was far more progressive in its arrangements than those that came before, and the music acquired a melodic flair attributed to the group’s new leader. Lynne’s goal of seamlessly melding classical music motifs and instrumentation into a traditional rock format was accomplished with the record’s first side, which was a continuous suite featuring intricate string parts tying the tracks together.

The album was by far, the group’s most consistent record, even though it didn’t soar to the commercial heights of their later albums. In America, the album was also known as the “belly button” album because of its Richard Avedon cover photo with the band showing off what they probably thought was an alluring part of their anatomy. In England, the album sported a cover designed by Hipgnosis (see video image) who were famous for designing album covers for Pink Floyd, Led Zeppelin, 10cc, Yes, Bad Company, T. Rex and Black Sabbath, to name but a few. Americans wouldn’t see the original album art until the record was re-mastered and re-released on CD in 2006.

Jeff Lynne has reformed Electric Light Orchestra and performed what is expected to be the first show of a world tour on September 15th in London’s Hyde Park.

The video for the full show can be seen here: