You are here: Home / Music / British Invasion / Song Of The Day by Eric Berman – “Win” by David Bowie 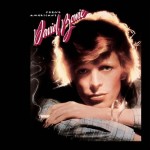 Song Of The Day by Eric Berman – “Win” by David Bowie

The signs were already there. Bowie had begun to work on an album called People From Bad Homes for his protégé, Ava Cherry And The Astronettes who consisted of his friend Geoffrey MacCormack (aka Warren Peace), Jason Guess, Aynsley Dunbar, Herbie Flowers and Mike Garson. Recording for the Cherry album was abandoned before completion as Bowie decided to focus on the recording of his Diamond Dogs album instead. The tapes for Cherry’s album then became tied up in litigation as Bowie tried to separate himself from Tony DeFries and his MainMan management company. As a result, the record remained unreleased for over 20 years, and is still hard to find today.

Several songs from the Cherry album would end up making the cut on future Bowie records, including “I Am Divine” which became “Somebody Up There Likes Me” from Young Americans, “I Am A Laser” which emerged as “Scream Like A Baby” on Scary Monsters and a cover of The Beach Boys’ “God Only Knows” that Bowie would get around to recording for his Tonight album in 1984. Cherry and company covered Frank Zappa & The Mothers’ song “How Could I Be Such A Fool” for the album as well.

While on the American leg of the Diamond Dogs tour Bowie began to perform the Eddie Floyd soul classic “Knock On Wood,” and midway through the tour he dropped much of the elaborate costuming and staging in favor of a more stripped down and soulful approach. After the tour, Bowie released the excellent David Live At The Tower Philadelphia double live album as a stop-gap while he feverishly tried to work through the MainMan management issues. The first official inkling of Bowie’s new direction was the release of the live version of “Knock On Wood” as a single.

During the Philadelphia tour stop, Bowie decided to check in to Sigma Sound with Tony Visconti as producer to record some of the new soulful music he heard in his head. He had intended to record with the MFSB rhythm section, but conflicts left only conga player Larry Washington available for the sessions. So Bowie recruited Carlos Alomar on guitar, Willie Weeks on bass, Andy Newmark (of Sly & The Famiily Stone) on drums, David Sanborn on saxophone, Mike Garson on piano, and for background vocals Ava Cherry, an unknown Luther Vandross and Alomar’s wife, Robin Alomar.

The first single from Young Americans was the title track which was co-written by Luther Vandross. Bowie said the song was about “the predicament of two newlyweds,” although the meaning of the lyrics remains vague. Nevertheless, the single climbed to the #28 position on the charts, which was Bowie’s biggest single up to that point. A very coked up Bowie also performed the song on television on The Dinah Shore Show in 1975. This can be viewed on YouTube.

However, several of the songs on the album were absolute stunners including “Win” which is today’s deep soul Song Of The Day by Eric Berman, “Fascination” which originated from a Luther Vandross song called “Funky Music” that the Mike Garson Band would play to warm up before Bowie concerts on the ’74 tour, “Somebody Up There Likes Me” which came from the Ava Cherry sessions and, of course Bowie’s only chart-topping single, “Fame.”

Meanwhile, Carlos Alomar started jamming on a riff and soon the rest of the band joined in and before they knew it Bowie, Lennon and Alomar worked up a new song called “Fame.” The lyrics came from a discussion between Bowie and Lennon about the perils of celebrity; however Bowie has said that a fair amount of malice in the lyrics was also directed at MainMan management.

Bowie also remade the 1972 B-side “John, I’m Only Dancing” as an extended dance track during the Young Americans sessions. When RCA began to pressure Bowie for more new music, the plan was to release the disco-fied “John, I’m Only Dancing Again,” however Bowie was already on to his next phase and released “Golden Years” well in advance of his next album StationToStation . Out went the soul man; in came “The Thin White Duke.” Another year, another new persona…