You are here: Home / Music / British Invasion / Song Of The Day by Eric Berman – “Silver Train” by The Rolling Stones 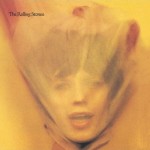 Today’s Song Of the Day by Eric Berman hails from one of the most maligned albums in the entire Rolling Stones’ catalog, Goats Head Soup, and I’ve never really understood why.

Certainly, its proximity as the follow up to the mighty Exile On Main Street has something to do with it, however Exile was not well received upon its release either. But while Exile has risen to the top of the Stones’ pops in critical acclaim, Goats Head Soup still remains the black sheep of the family.

My age has much to do with my affection for this album since it was the first Stones album I purchased as a new release. Most folks older than I generally dismiss the record as pretty awful, however any album that includes this songs, “Dancing With Mr. D,” “Star Star,” “100 Years Ago,” “Coming Down Again,” “Heartbreaker,” “Winter” and “Angie” can’t be all bad.

“Silver Train” was also the B-side to the aforementioned “Angie” single and was originally worked up as a demo during the Sticky Fingers sessions in 1970. I have also provided the demo version here for your listening pleasure. I’m not sure where the official clip comes from, but it sure looks like it was prepared for The Midnight Special” TV show.