You are here: Home / Music / Blues / Song Of The Day by Eric Berman – “Born To Sing” by Van Morrison 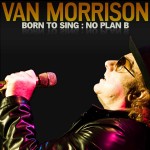 I’m always fascinated by how the record companies approach the marketing of their legacy artists. To the record company, legacy artists are loss leaders, they have name value but don’t sell the number of records they used to. Many of these artists are either kept on their label’s roster for their marquee value, or they find themselves cutting distribution deals with independent labels like Concord Records to release their records. Paul McCartney and Paul Simon have recently gone down this route with their latest releases, and McCartney has gone as far as re-releasing his entire back catalog for the umpteenth time as well. I find it very telling which artists get the promotional bucks behind their releases versus those that don’t. For instance, the build up to Bob Dylan’s latest album “Tempest” went on for months, culminating in live streams a week before the release and a plethora of ways to purchase his new music, including one bundle that included a signature harmonica (for $119.99). With all the promotional muscle behind his release, Dylan only debuted on the charts at number three (roughly 110,000 in sales), a full two slots below the debut of his last record. Neil Young is deep into promotion for his second release this year, the forthcoming double-disc “Psychedelic Pill.” Neil recorded with Crazy Horse for the first time in seven years resulting in the “Americana” album earlier this year. Like that album, several tracks debuted with social media in the form of videos, well in advance of their release. While on tour, Neil has pretty much ignored the “Americana” album in favor of debuting many of the songs that will end up on “Pill.” Meanwhile, members of Crazy Horse hit the media trail giving interviews about the recording sessions of both albums. And just to ensure that your holiday gift giving will be Neil-filled, a biography “Waging Heavy Peace” and a concert film “Journeys” are also hitting the shelves this fall. The Rolling Stones seem hell-bent on milking every last dollar out of their 50th Anniversary with a book, a hits record and some concert dates. The band reconvened in the studio to record only two new songs. These songs will form the basis of their upcoming hits album called “Grrrr” that will be released in every which way to make you buy music you largely already own. There will be a single disc, double disc and multi-disc version released on CD and, of course, the obligatory over-priced multi-disc vinyl version. Since not much has happened on the charts for the band since their 40th anniversary hits album “Forty Licks,” you can pretty much count on shelling out your dough to buy songs you already own in order to get the two new songs. What will follow are a handful of live dates at two venues: one in Newark NJ and one across the pond at the O2 Arena in London. Top ticket price for the New Jersey show will cost some rich boomer $750.00. This brings us to Van Morrison, another legacy artist that stands about as tall as Dylan, Young, Simon, McCartney and The Stones. His awkwardly-titled new album “Born To Sing – No Plan B” has seemingly appeared with very little fanfare. The far more reclusive Morrison gave only one promotional interview behind the album to Mojo. While Van’s new release is largely a mixed bag, his singing is as committed as ever. It kind of makes me wonder why it is that Morrison’s new album hasn’t been met with the same fanfare and the five-star reviews of the rest of the lot?