You are here: Home / Music / Classic Rock / Song Of The Day by Eric Berman – “Get It Together” by James Brown 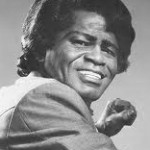 For the past ten years, my Christmas Eve and Christmas morning has meant the organizing, staffing and managing of homeless shelters throughout the Northern Lake County area of Illinois. My main goal on this special day is to ensure that the shelter guests have a peaceful and memorable holiday centered on a meal with all the fixings that they don’t have to wait in line for. We seat them at decorated tables when they arrive at the shelter and wait on them as if they were in a restaurant, and after dinner we try to provide some kind of entertainment for their enjoyment. We also collect all kinds of donated clothes and supplies for them in the months before the holiday and hand them out. In the morning, we provide another hot meal before we send them on their way with a packed lunch. As a result, I’ve met many interesting people over the years who were down on their luck for any number of reasons and have gained an appreciation of the fragility of people’s situations, which in turn has made me grateful for what I have. So it was with much trepidation and a heavy heart on Christmas morning 2006, when I had to break the news to the mostly African American shelter guests that “Soul Brother Number One” had passed during the night. The bad news soon turned into celebration when several guests and I began talking about his trials and tribulations with the law, the impact his music had on their lives and, of course, his major contribution to music. After all, they didn’t call him “The Godfather Of Soul” for nothing. They say that James Brown was a strict bandleader and task master who wreaked havoc on his employees making their time in his ranks miserable. But the other side of the coin is that his strictness paid off in spades when it came to the groove. Case in point is this live track from 1968 highlighting the band’s precision under his direction. Brown’s late ‘60s band included Maceo Parker on saxophone, Alfred “Pee Wee” Ellis on keyboard, Lewis Hamlin on trumpet, Jimmy Nolen on guitar, Clyde Stubblefield on drums and Fred Wesley on trombone, and this lineup was responsible for some of his most indelible hits including “Give It Up Or Turnit A Loose,” “Licking Stick-Licking Stick,” “Funky Drummer,” “I Got The Feelin’,” “Mother Popcorn,” “Say It Loud (I’m Black And I’m Proud),” plus many others. “Hit it and quit!”