You are here: Home / Archives for James Brown 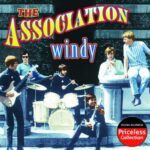 1966, Janis Joplin Moves to a house in Lagunitas in the San Geronimo Valley, Marin County, California with members of Big Brother, their wives and girlfriends. 1967, The Association scored their second and last number one single with "Windy." 1967, The Mama's & The Papa's performed at Maple Leaf Gardens in Toronto, Ontario 1967, Pink Floyd appeared at The Swan, … END_OF_DOCUMENT_TOKEN_TO_BE_REPLACED

1965, Working at Abbey Road studios in London The Beatles completed work on the new Paul McCartney song "Yesterday" with the overdubbing of an additional vocal track by McCartney and a string quartet. They also recorded "Act Naturally" for Ringo's vocal contribution on the Help! album and the song "Wait" in four takes. "Wait" will not be included on ‘Help!’, it was included on … END_OF_DOCUMENT_TOKEN_TO_BE_REPLACED

1967, The Beatles held a press party at manager Brian Epstein's house in London for the launch of the Sgt. Pepper's album. Linda Eastman was hired as the press photographer. 1967, Pink Floyd played at Club A' Go Go in Newcastle upon Tyne, Tyne and Wear, England. 1969, The Who appeared at The Rock Pile in Toronto, Ontario, Canada. 1970, New Riders of the Purple Sage, … END_OF_DOCUMENT_TOKEN_TO_BE_REPLACED

1967, The Monkees second album More Of The Monkees, went to No.1 on the charts. In 1967 only four albums reached No.1; The Sound Of Music which spent 17 weeks at No.1, The Beatles Sgt Pepper"s, 25 weeks at No.1 and The Monkees" first and second albums spent 9 weeks at No.1. 1967, The Who played at the Shoreline Hotel in Bognor Regis, West Sussex, … END_OF_DOCUMENT_TOKEN_TO_BE_REPLACED

1965, The film T.A.M.I. (Teen-Age Music International) Show featuring The Rolling Stones, Supremes Four Tops, James Brown, The Beach Boys and Smokey Robinson & The Miracles opened in London, England under the title Teenage Command Performance.1965, The Beatles single "Ticket to Ride" was released on Capitol records in the US. The single's label stated that the song was from … END_OF_DOCUMENT_TOKEN_TO_BE_REPLACED