You are here: Home / Music / Classic Rock / Song Of The Day by Eric Berman – “Soul Sacrifice” by Santana 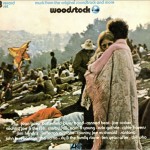 This blazing performance comes to you from the Woodstock Music & Arts Fair, the mother of all rock festivals. It’s amazing to watch a then, mostly unknown, Carlos Santana catch fire in front of the biggest audience he had ever played to at that point…not to mention that he was tripping his face off on acid while doing so. Santana’s appearance was part of a barter deal made by manager Bill Graham – if Woodstock wanted Graham’s premium acts Jefferson Airplane and Grateful Dead, they would have to take Santana and give them a good slot in the festival. Obviously, Graham already knew what the Woodstock Nation was soon to find out…that they were to be treated to a career-making performance for the ages!