You are here: Home / Music / Classic Rock / Song Of The Day – “Yes We Can” by Allen Toussaint 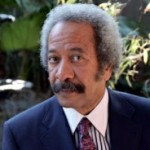 He is one of New Orleans’ favorite sons, responsible for penning a jukebox full of classics that have spun gold for those who have recorded them. Songs like “Mother-In-Law” (Ernie K-Doe), “Working In The Coal Mine” (Lee Dorsey, Devo), “Fortune Teller” (Benny Spellman, Rolling Stones, The Who), “Southern Nights” (Glen Campbell), “Java” (Al Hirt), “Whipped Cream” (Herb Alpert & The Tijuana Brass), “Sneaking Sally Through The Alley” (Robert Palmer), “What Do You Want The Girl To Do” (Boz Scaggs) and this song recorded by The Pointer Sisters have poured out of his pen and up the charts for numerous artists over the years, and these are just the tip of his ice berg of hits. Toussaint has also contributed his arrangement and production talents to a stellar list of albums including Paul McCartney & Wings’ “Venus And Mars,” Labelle’s “Nightbirds,” The Band’s “Rock Of Ages,” “Cahoots” and “The Last Waltz” and Boz Scaggs’ “Silk Degrees.” Post Katrina, he recorded an essential album with Elvis Costello (“The River In Reverse”) and his latest endeavor is “The Bright Mississippi,” an exceptional traditional New Orleans jazz band album.