You are here: Home / Music / Alternative / Song Of The Day – “Wings” by Tim Buckley 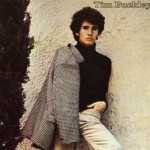 My sister is seven years my senior, and growing up she was my biggest musical influence introducing me to artists and albums I would have never otherwise discovered at such a young age. And so it was back in 1972 when she brought Tim Buckley’s album “Goodbye And Hello” home when I was eleven years old.

To be honest, it took me years to actually get into Tim Buckley because the combination of his ethereal brand of psychedelic folk music combined with my young age made the music somewhat incomprehensible to me, and it was enough of an obstacle to keep my interest in his albums distant at best. Meanwhile, she continued to follow Buckley’s career adding Buckley’s Lorca and Greetings From L.A. albums to her collection. At the time I felt that Lorca was unlistenable, but I did, in fact, learn to like the more rock oriented Greetings album.

Fast forward about eight years, and I finally really began to understand the cosmic wonder of Buckley’s music, and began to enjoy his unique way of singing. Over the years, I began to seek out as much of his recorded output as I could, and especially came to love his exceptional 1969 albums Happy Sad and Blue Afternoon. Further cementing my appreciation of Buckley was his wide-eyed and super-psychedelic performance of “Song To A Siren” from The Monkees TV show.

One of the few albums I never owned before today when I went shopping in a used record store (and had only heard parts of), was Buckley’s eponymously titled debut record from 1966. With a band that included Lee Underwood on guitar, Van Dyke Parks on piano, harpsichord and celeste, Billy Mundi (from Mothers Of Invention & Rhinoceros) on drums and James Fielder on bass,Buckley’s debut was a much more straightforward pop and rock affair than what was to follow, including great songs like “Understand Your Man,” “Aren’t You The Girl” and today’s Song Of The Day.

What gets me about “Wings”, as well as the rest of the record, is the whole late ‘60s audio mise en scene happening in the instrumentation and production. It all comes right down to the band’s secret weapon, Van Dyke Parks, who was an in-demand session musician (The Mothers Of Invention Freak Out – they also asked him to join the group, The Byrds’ Fifth Dimension) before working with Buckley. He would later go on to co-write and work on The Beach Boys’ legendary Smile album and Judy Collins’ Who Knows Where The Time Goes, whose instrumentation makes it a piece with other albums of the day from Fred Neil and Tim Hardin.

Rhino Records’ collector label, Handmade, released an expanded version of this album last year featuring the mono and stereo versions of the album, plus 23 previously released recordings made around the time of the sessions for the album.