You are here: Home / Music / Classic Rock / Song Of The Day – “Daddy’s Song” by Harry Nilsson 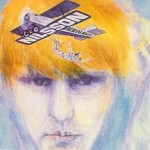 Nilsson is one of my favorites songwriters, right up there with Lennon & McCartney, Bob Dylan, Bacharach & David, Jagger & Richards, Stevie Wonder, Elvis Costello, et. al. This song was originally from Nilsson’s second album, “Ariel Ballet” from 1968. But a funny thing happened on the way to the pressing plants. Without Nilsson’s knowledge, RCA pulled the song off of the album after the initial pressing shipped because The Monkees paid them $35,000 to have exclusive rights to the song for their recording that was sung by Davey Jones in the Monkees’ film “Head.” Most fans didn’t get to hear the track until a remixed and rerecorded version was released on Nilsson’s 1971 album “Aerial Pandemonium Ballet” which was probably the first “remix” album ever released. The original recording was restored to the lineup of the album in the late 1990s when RCA released it on CD. Losing the song was indeed a bummer for fans, but it couldn’t hurt an album that also sported such soon-to-be classics as Nilsson’s cover of Fred Neil’s “Everybody’s Talkin'” (from the film Midnight Cowboy) and songs like “One” (later a top-five hit by Three Dog Night) and “Good Old Desk.” The Beatles were huge fans of Nilsson with John Lennon once proclaiming Nilsson to be his favorite songwriter. During the recording of the “White Album,” the Beatles shared some of their recordings with Nilsson, and Nilsson reciprocated by sharing an acetate of this album with them.