You are here: Home / Music / Alternative / Song Of The Day – “Hit Or Miss” by Odetta 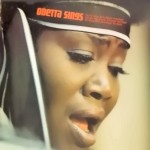 The answer, of course, is yes!

Actually, most people don’t remember who Odetta was. But if you are of a certain age (which is certainly older than I am) and was a fan of folk music, Odetta was your hero. She was an activist, actress and an influence on any folk singer worth his weight in salt…including Dylan, Baez, Belafonte, Ochs, Neil and numerous others.

She was in the thick of things, right there at the March on Washington in 1963. Martin Luther King dubbed her “The queen of American folk music,” and if you’ve ever heard her spine-tingling recording of “Water Boy,” you know he was spot on.

By the early ‘70s, the folk movement had petered out, and unfortunately so had her record sales. So she decided to do what so many others of her stature did, make a faux soul record consisting of mostly covers of tunes by the day’s rock elite. Odetta Sings featured covers of songs by Paul McCartney (“Every Night”), Elton John (“Take Me To The Pilot”), James Taylor (“Lo And Behold”), Randy Newman (“Mama Told Me Not To Come”) and The Rolling Stones (“No Expectations”). She was backed by an all-star group including Carole King on piano, Bernie Leadon on guitar, Russ Kunkel on drums, Clydie King, Vanetta Fields and Merry Clayton on vocals, Barry Beckett on keyboards and a whole host of others who came out to give their props to Odetta.

The album fell flat and was not well received at all. However today’s Song Of The Day stands taller than the rest on the album, and was one of two songs that was written by Odetta. “Hit Or Miss” was not like the rest of the record. Here Odetta turned into the soul queen she really was. If you’ve never heard the full track, you probably heard parts of it in other’s recordings since it was sampled by the likes of De La Soul (“Buddy”) and The Chemical Brothers (“Electrobank”), covered by none other than Bo Diddley in 1974, and has appeared in many TV commercials, including that ridiculous one for Southern Comfort with the shirtless fat guy, currently airing all too regularly.

In 1999, she was awarded the NEA’s National Medal of Arts by President Bill Clinton, and she appeared on David Lettermen’s revered first show back on air after the 9-11 attacks on America. She recorded and toured many times during her later life, including her last tour in 2008 where she performed on stage from a wheelchair. Odetta died of heart disease in New York City in 2008, but left behind a legacy of great recordings ripe for rediscovery by generations to come.