You are here: Home / Music / Alternative / Song Of The Day – “That Look You Gave That Guy” by Eels 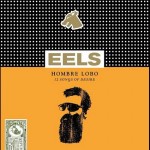 Eels are capable of bone-chilling, howlin’-at-the-moon, terrifyin’ rock and roll, and when they are in that mode, they are at their very best. But Eels also have a tender side too, as exemplified by this superb ballad from the 2009 album “Hombre Lobo: 12 Songs Of Desire.”

For those that don’t already know, Eels are the handiwork of one Mark Oliver Everett (aka “E”), and whomever he chooses to work with at any particular time. For “Lobo,” Everett’s co-conspirators were Koool G Murder on bass and Knuckles on drums. The album came after a four year layoff, and was the first (and best) of a trilogy of three concept albums continuing with his 2010 releases “End Times” and “Tomorrow Morning.” Together, the three albums dissected all aspects of love and relationships and while the latter two weren’t consistent, they all include some really fine music. (Everett also has an interesting backstory, too long to go into here, but can (and should) be investigated in his book “Things To Tell The Grandchildren.”)

As the album’s subtitle says, “Lobo” is a study of desire, and was seen as somewhat of a follow up to the song “Dogfaced Boy” from the Eels album “Souljacker.” In this album, the Dogfaced Boy has grown up and metamorphosed into a hairy beast of a guy, as personified by a werewolf, who comes into contact and has to deal with all kinds of desire. The werewolf angle of the album’s protagonist was brought to life by the ultra-bushy beard E has been sporting since the record’s release. Hence, today’s Song Of The Day finds our protagonist longing for the loving look that is being bestowed upon another guy.

The album is split between distortion-infused primal rockers that portray animal instincts like “Tremendous Dynamite,” “Prizefighter,” “Fresh Blood” and “What’s A Fella Gotta Do,” and sensitive ballads that take on the human aspect of emotion like “In My Dreams,” “The Longing,” “Ordinary Man” and today’s Song Of The Day.

It’s always a cause for celebration when Eels come to town, and they will be coming back to the Chicago area next month, hot on the heels of a brand new album called “Wonderful Glorious!”