You are here: Home / Music / Alternative / Song Of The Day – “The Holy Drinker” by Steven Wilson 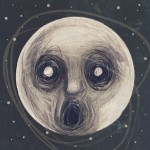 If you thought that the progressive rock dinosaurs that dominated the musical landscape of the 1970s were all but extinct today, think again. Sure, bands like Yes and Jethro Tull are still churning out the classics on stages around the world, but in recent years the prog-rock scene has seen a full on rejuvenation starting in the ‘80s with Metallica, whose brand of progressive metal made them superstars and in the ‘90s when The Mars Volta rose out of the ashes of the punk band At The Drive In to dress their music in proggy clothing.

Over the last decade, there’s been a plethora of full-on prog bands like Porcupine Tree, Dream Theater, 30 Seconds to Mars, Coheed and Cambria, Muse and even Radiohead and The Flaming Lips, who have folded elements of progressive rock into their arsenals and kept the genre fresh and alive.

And then there’s Steven Wilson, the studio wunderkind who is known as much for his 5.1 surround mixes of the King Crimson and Jethro Tull back catalogs, as for his numerous recordings under numerous names.

Perhaps, Wilson is best known as the founder, lead guitarist, singer and songwriter of Porcupine Tree. But his involvement with that storied group is just the tip of the iceberg, an iceberg that includes groups like Blackfield, which he formed with Israeli rock star Aviv Geffen, and No-Man (originally named No Man Is An Island (Except The Isle Of Man)) with fellow musician and vocalist Tim Bowness. And if that wasn’t already enough, there’s also  IEM, or Incredible Expanding Mindfuck, which Wilson formed to explore his love of krautrock, Bass Communion in which he focuses his attention on ambient music and Storm Corrosion, a collaboration with Mikael Åkerfeldt, who is the front man of Opeth.

Porcupine Tree started out as a duo of Wilson and his school friend Malcolm Stocks. After a series of singles and cassette only releases, Porcupine Tree became a proper band with the addition of Richard Barbieri, Colin Edwin and Chris Maitland. Numerous releases followed including Up the Downstair, The Sky Moves Sideways, Signify, the live Coma Divine, Stupid Dream and Lightbulb Sun before Maitland left and was replaced by Gavin Harrison in 2001. The following year, Porcupine Tree released In Abstentia and followed it with Deadwing (an album inspired by a film script written by Wilson and Mike Bennion), the live DVD Arriving Somewhere, Fear Of A Blank Planet and the double disc The Incident.

By 2008 Wilson began his solo career with the release of Insurgentes, followed by Grace For Drowning, a deluxe CD and Blu-ray release from 2011 with the individual parts named “Deform to Form a Star” and “Like Dust I Have Cleared From My Eye.”

Today’s Song Of The Day, “The Holy Drinker,” comes from Wilson’s just-released The Raven That Refused To Sing (And Other Stories), whose six extended compositions are based on the supernatural. You can hear the influence of Gentle Giant and Return To Forever all over this album, especially in the mellotron-drenched opener “Luminol,” in the fusion guitar solos of “Drive Home” and in the stop-start precision of “The Holy Drinker.” The album was engineered by Alan Parsons, whose guitar solo lights up today’s Song Of The Day.

Wilson’s current band includes Guthrie Govan on guitars, Marco Minnemann on drums, Nick Beggs on bass guitar, Adam Holzman on keyboards and Theo Travis on woodwinds. With the exception of Govan, all of the rest of the band members played on Wilson’s last album and the tour that supported it.

Wilson will be touring the U.S. this spring with former Frank Zappa sideman, Chad Wakerman filling in for Marco Minnemann on drums.