You are here: Home / Music / Alternative / Song Of The Day – “Tried And True” by Ween 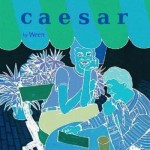 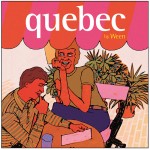 I first heard the music of Ween while watching “Beavis & Butthead” back in 1994…they said “Ween suck”…and I totally disagreed! In fact, I think they are one of the greatest bands of all time, and when it comes to adeptness in all genres of music, they are certainly in a league with Frank Zappa.

Ween hail from New Hope, PA and have been together since 1984. They spent their early days playing any venue they could, including dorm rooms at Rutgers University. (I once saw them play in a small bookstore at Rutgers with 70 other fans.) Dean Ween (aka “Deaner” or Mickey Melchiondo) is a shredding guitarist, a complete angler and a sea captain.  Geen Ween (aka Aaron Freeman) possesses one of the most pliant voices in all of rock music and is the vocalist of the group.

After a layoff of a three years and a jump from Elektra Records to the independent Sanctuary label, Ween released their ninth album, Quebec in 2003. Seeing the Quebec tour at the Vic Theater in Chicago (which was filmed for their Ween Live In Chicago DVD), I came to the conclusion that the new audiences that were attracted to the band didn’t seem to be in on the joke of some of their more masochistic song lyrics, taking songs that original fans laughed at very seriously. This tarnished the way I perceived the Quebec album, which is a shame because it really is one of their best and most diverse collections.

Recently, I came across a two-CD download released by Mickey Melchiondo on his Facebook page called The Caesar” Demos. Caesar was the original title for Quebec, and the demos were recorded while drummer Claude Coleman was recuperating after his near fatal car accident in 2002. Many of the demos feature just Mickey and Aaron without backing musicians just like they were at the beginning of their career when they were making their bedroom recordings.

While the demos include alternates of most of the 16 tracks that made the final cut of the album, there are an additional 13 songs that will be new to most Ween fans. Whether in demo form or in their final studio incarnation, songs like “Transdermal Celebration,” “Captain,” “Zoloft,” “Chocolate Town,” “So Many People In The Neighborhood,” “If You Could Save Yourself (You’d Save Us All)” and today’s Song Of The Day, are amongst Ween’s finest songs. The version of “Tried And True” for Today’s Song Of The Day is the demo version from The Caesar Demos, and to my ears, is far superior to the final version on Quebec.

Now that Ween have sadly called it quits, let’s hope that there are more unreleased recordings in store for fans in the future.