This is Uncle Marty, stick around for an hour as we celebrate This Grand Irish Holiday in a different way…  This week on The 3D RadioActivity, we are playing songs that have misheard lyrics.  How does this tie in to Saint Patrick’s Day?  Because they are known as Mondegreens. 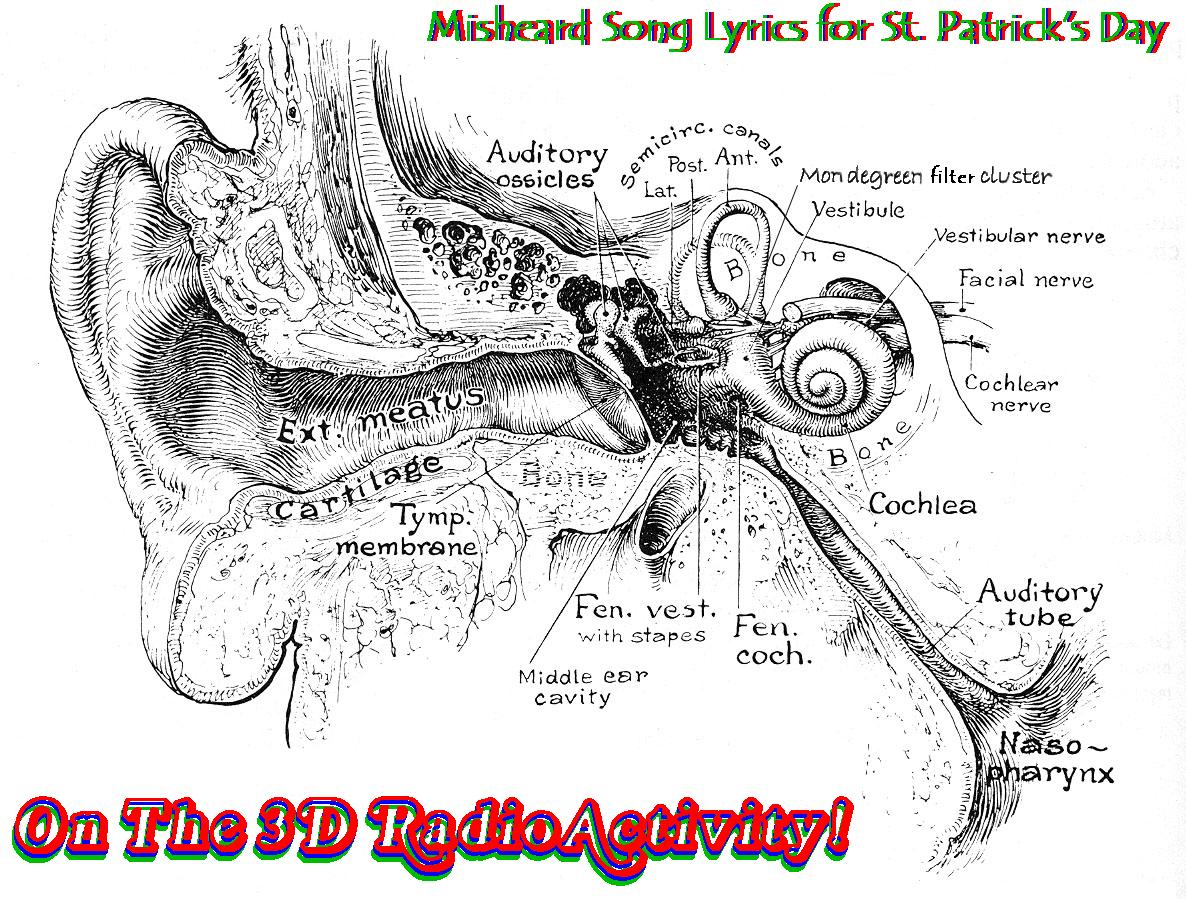 A mondegreen is the mishearing or misinterpretation of a phrase as a result of near-homophony, in a way that gives it a new meaning.  It most commonly is applied to a line in a poem or a lyric in a song.  American writer Sylvia Wright coined the term in her essay “The Death of Lady Mondegreen,” published in Harper’s Magazine in November 1954.  Wright described how, as a young girl, she misheard the last line of the first stanza from the 17th-century ballad “The Bonny Earl O’Moray”. which goes:
Ye Highlands and ye Lowlands,
Oh, where hae ye been?
They hae slain the Earl O’ Moray,
And laid him on the green.
The last line made her think it was a double murder because it sounded like “And Lady Mondegreen”. Sylvia explained that I shall hereafter call them mondegreens, since no one else has thought up a word for them.   “Mondegreen” was included in the 2000 edition of the Random House College Dictionary. Merriam-Webster added it in 2008 as that is our focus this week on  The Award Winning 3D RadioActivity.

If you have any ideas for the next show about The Presidents or flying, please be sure to let me know. It’s easy to send an email by clicking on my name below or message me on Facebook, where you will find links to all the previous podcasts along with the graphics in the “Photo“ section.