You are here: Home / Archives for Jimmy Fallon

After the release of Elvis Costello’s last two T. Bone Burnett-produced albums, he was ready to throw in the towel on his recording career seeing no point in going back into the studio to create new records that nobody would hear. And as a long-time Costello fan of 36 years who suffered through those albums, I was beginning to sadly think that it might’ve been the right … END_OF_DOCUMENT_TOKEN_TO_BE_REPLACED

I always thought the greatest Neil Young impression was National Lampoon's spot on song parody "Old Maid (Southern California Brings Me Down)" by Tony Scheuren from the 1975 Lampoon album "Goodbye Pop," until this one came along by Jimmy Fallon. It was originally performed on his TV show "Late Night With Jimmy Fallon" and now it has surfaced on his just released second album … END_OF_DOCUMENT_TOKEN_TO_BE_REPLACED 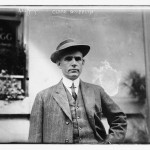 Clark Griffith, Owner of the Washington Senators, about the team: “The fans like to see home runs, and we have assembled a pitching staff for their enjoyment.” From the other calendar, a Prosecutor to a witness, after being told by the Judge he can’t ask the witness what he was told by someone else: “Very well then, Mr. Davies. Without telling me what he said to you, what … END_OF_DOCUMENT_TOKEN_TO_BE_REPLACED