You are here: Home / Music / Classic Rock / Song Of The Day – “Harry’s House/Centerpiece” by Joni Mitchell 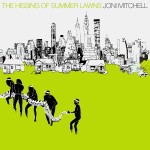 Joni Mitchell was coming off of Court And Spark, her most commercially successful studio recording to date, sporting several hit singles including “Free Man In Paris,” “Raised On Robbery” and “Help Me.” So by 1975 interest was very high as critics and fans alike awaited her next record which was believed to be the one that would take her to the next level of super stardom.

Would she rock out like she did with the L.A. Express on the tour that resulted in the live double album Miles Of Aisles? Would it be a return to the voice-and-guitar folk roots of Ladies Of The Canyon? Would she open up her soul by delivering a set of confessional songs a la Blue?

She did nothing of the sort, and fans were mostly confounded by The Hissing Of Summer Lawns, while many critics flat-out hated it. This was not the confessional folkie or the cocaine-fueled ‘70s rocker at all. This was something completely new and different. This was a modal jazz Joni who turned the commerciality of Court And Spark upside down and left it in the gutter to die like road kill.

The ringer was the album’s first single and opening cut. “In France They Kiss On The Main Street” could have fit very comfortably on Court And Spark, and the song reassured fans that this was the same Joni Mitchell they’ve always loved.

But then the album takes a sharp left turn. First we hear tribal drums, like nothing we’ve ever heard on a Joni Mitchell album before. No problem, we’re comfortable with the fact that soon the guitar and the band will kick in and Joni will lay some kind of vibrant melodic hook on top of it all, giving us another indelible hit song for the radio to play. It never happens…

A decade before Paul Simon’s Graceland, Joni Mitchell spreads her multi-cultural wings on “The Jungle Line” by recording vocals, wiggy synthesizer and angular guitar parts on top of a recording by the African Drummers Of Burundi. The song pays homage to the jungle themed paintings of French Post-Impressionist painter Henri Rousseau by marrying his imaginary jungle worlds with the all too real world of drugs, sex and crime.

Lots of surprises follow, but the one constant is Mitchell’s sharp eye for detail in creating very real and well developed characters on a set of songs with arrangements that steer far away from the radio-ready confines of her soft-rock peers.

The poetry of the “Harry’s House” part of today’s Song Of The Day is some of the greatest to ever come from a Joni Mitchell record…and that’s saying a lot! Where does that inspiration come from? And how can she weave so many stereotypes into a song without sounding, well, stereotypical?  Check out these lyrics for yourself:

“Heatwaves on the runway / as the wheels set down

Yellow schools of taxi fishes / Jonah in a ticking whale

“He opens up his suitcase / in the continental suite

And business men in button downs / press into conference rooms

“Yellow checkers for the kitchen / climbing ivy for the bath

With her body oiled and shining / at the public swimming pool …”

Other highlights abound like “Don’t Interrupt The Sorrow” which hearkens back to her older acoustic sound, “Shadows And Light,” a hymnal that provides another musical left turn at the end the album, the light and jazzy “Edith And The Kingpin” and “The Boho Dance” which comments on the disparity between art and commerce.

Mitchell chose a great set of musicians from her rolodex to make her adventurous music a reality, including old friends James Taylor, Graham Nash and David Crosby on background vocals, Robben Ford, Jeff “Skunk” Baxter and Larry Carlton on guitar, Joe Sample and Victor Feldman on keyboards, Max Bennett and Wilton Felder on bass, Chuck Findley and Bud Shank on brass and reeds respectively, and John Guerin on drums.

While not the commercial blockbuster I’m sure David Geffen wanted for Asylum Records, The Hissing Of Summer Lawns did climb all the way to the number four position on the album charts. It was also nominated for a Grammy Award for Best Female Vocal Pop Performance, but lost out to Linda Ronstadt’s Hasten Down The Wind. After all was said and done, Mitchell did not tour in support of the album, but rather went out on the road as a member of Bob Dylan’s Rolling Thunder Revue.

Recently, I discovered the mostly acoustic demos Mitchell made for this album under the title The Seeding Of Summer Lawns. One of the many surprises in the collection is that the song “Dreamland,” which was later released on the album Don Juan’s Reckless Daughter, had its genesis in this album.

The artist currently known as Prince has said on numerous occasions that The Hissing Of Summer Lawns is his favorite album…and it’s certainly one of mine too.