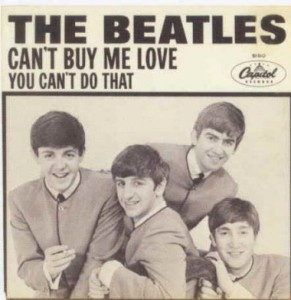 1964, The Beatles held the top five places on the US singles chart, with the fifth place – “Please Please Me,” at number four, “I Want To Hold Your Hand,” while at third was “Roll Over Beethoven.” In the second position, “Love Me Do,” and at the top spot, “Can’t Buy Me Love.” They also had another nine singles on the chart, bringing their total to fourteen singles on the Hot 100.

1966, The Who performed at Top Rank Suite in Reading, Berkshire, England.

1967, Jimi Hendrix was the special guest on the first edition of the UK BBC-TV’s Dee Time, along with Kiki Dee and Cat Stevens.

1968, The Temptations played at the Civic Center in Charleston, West Virginia.

1969, Jethro Tull  appeared at The 13th Hour in Evansville, Indiana.

1970, Crosby Stills Nash & Young went to number one on the UK album chart with Deja Vu. They would be number one in America on May 16th.

1970, The Allman Brothers Band performed at Ludlow Garage, a venue which began life as an automobile shop, and later became a music club located in the Clifton neighborhood of Cincinnati, Ohio. 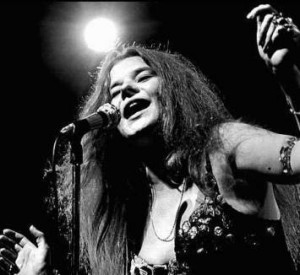 1971, The Grateful Dead perform at the Manhattan Center in New York.

1972, Don McLean’s American Pie enters its seventh and final week atop the US album charts.

1973, The Supremes appeared at the Granada, Tooting, the last date on a 20-date UK tour. The group played two shows at every venue.

1973, In a press release, Atlantic Records announced that shipments of Led Zeppelin’s album Houses of the Holy, released on March 28, were large enough to qualify for gold status. The label also revealed plans for a thirty city tour commencing May 4th.

1975, Genesis appeared at the Circus Kröne, Munich, Germany during Peter Gabriel’s last tour with the band.

1976, The Sex Pistols played the first night of a residency at the El Paradiso club in Soho, London, England.

1981, Styx went to number one on the album chart with Paradise Theatre.

1982, “Layla” was on the UK singles chart. The re-released track originally featured on the Derek and the Dominos, album Layla and Other Assorted Love Songs  was released in November 1970. Inspired by Clapton’s then unrequited love for Pattie Boyd, the wife of his friend George Harrison, “Layla” is considered one of rock music’s definitive love songs, and features an unmistakable guitar figure played by Eric Clapton and Duane Allman.

1987, U2 entered the US album chart at number seven with The Joshua Tree, making it the highest chart new entry in America for seven years.

2008, Procol Harum singer Gary Brooker won back full royalty rights to the band’s worldwide hit, “A Whiter Shade of Pale,” at London’s Court of Appeal. The decision overturned a 2006 ruling that organist Matthew Fisher was entitled to a 40% portion of royalties on the 1967 hit after he argued he had written the song’s organ melody. The court ruled there was an “excessive delay” in the claim being made, nearly 40 years after the song was recorded.