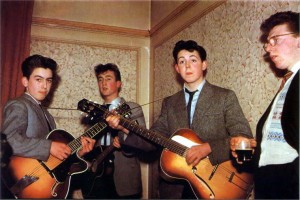 1965, The Righteous Brothers started a two week run at number one on the US singles chart with the Phil Spector produced “You’ve Lost That Lovin’ Feelin’.” The song was also number one in the UK.

1965, Rolling Stones II supplanted Beatles for Sale out of the top spot on the UK Record Retailer chart.

1966, The Who played at the Empire Theatre in Liverpool, Merseyside, England.

1967, Pink Floyd were photographed for the weekly British girls magazine Jackie. The magazine was the best-selling teen magazine in Britain for ten years. The best-ever selling issue was the 1972 special edition to coincide with the UK tour of American singer David Cassidy.

1970, Eric Clapton played the first of two nights at The Fillmore East in New York City. 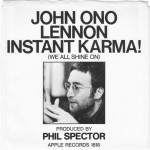 1975, Led Zeppelin appeared at the Montreal Forum, Montreal. Outside the arena, a police riot squad stood by ready to avoid a repeat performance of a riot which marked the visit of the Rolling Stones in the summer of 1972. However, there were no incidents. Tickets cost $7.50 (Canadian)

1979, Tommy opens as a musical in London’s West End. The script is based on the screenplay to the film written by Pete Townshend and Ken Russell. Chris Welch in Melody Maker gives it a positive review although he finds much of the story pretentious. Variety pans the production. It closes after 118 performances.

1981, Composer Hugo Montenegro died in California. Had the 1968 number one single “The Good The Bad And The Ugly” from the soundtrack to the Clint Eastwood spaghetti western film. He worked for RCA records, producing a series of albums and soundtracks and television themes, including two volumes of Music From The Man From U.N.C.L.E.

1981, According to the New York Post, the surviving Beatles will record a new album as a tribute to John Lennon. But it’s another false alarm brought on by Ringo Starr working with Paul McCartney on the latter’s Tug of War sessions

1982, Kraftwerk were at number one on the UK singles chart with “The Model / Computer Love,” the first German act to score a UK number one single. The single spent 21 weeks on the UK chart.

1994, Nirvana embarks on their final tour of Europe

1998, American singer and guitarist Carl Wilson from The Beach Boys died aged 51 after a long battle with lung cancer. Wilson was diagnosed with brain and lung cancer in early 1997. He sang lead vocal on “God Only Knows,” “Good Vibrations,” and “I Can Hear Music.” Wilson sang backing vocals on Elton John’s “Don”t Let The Sun Go Down On Me.”

2005, Paul McCartney performs a 12-minute set of Beatles classics, as well as his own “Live and Let Die,” during the halftime show at the Super Bowl.

2011, Irish guitarist and singer Gary Moore died in his sleep of a heart attack in his hotel room while on vacation in Estepona, Spain. Moore had been a member of Skid Row, Thin Lizzy, and Colosseum II, before going solo, scoring the 1979 UK number eight single “Parisienne Walkways.”