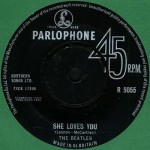 1964, Sales figures show that the Beatles’ “She Loves You” has sold 1.3 million copies in England, while “I Want to Hold Your Hand” has sold 1.5 million.

1967, The Beatles spent a second day at Knole Park, Sevenoaks, Kent, England to complete filming for the ‘Strawberry Fields Forever’ promotional video. The film was shot in color, for the benefit of the US market, since UK television was still broadcasting only in black and white. Taking time out from filming John Lennon bought a 1843 poster from an antiques shop in Surrey which provided him with most the lyrics for The Beatles song “Being For The Benefit Of Mr Kite.”

1968, The Who performed at Town Hall in Wellington, New Zealand.

1969, Led Zeppelin played the first of two nights at The Fillmore East, New York City during the band’s first North American tour. Porter’s Popular Preachers opened the night, then Led Zeppelin took the stage. It is alleged that Zeppelin’s show was so powerful and got such an enthusiastic audience that headliners Iron Butterfly refused to follow them.

1970, The Grateful Dead played at The Warehouse in New Orleans. That venue opened the night before.  The band’s arrest that weekend for drug possession was chronicled in their song, “Truckin.”

1970, American blues musician Slim Harpo died of a heart attack while recording in London aged 46. Had the 1966 US number 16 single ‘Baby Scratch My Back’. The Rolling Stones, Pretty Things, Yardbirds and Them all covered his songs.

1970, The Jackson Five went to number one on the singles chart with ‘I Want You Back’. The song was originally written for Gladys Knight & The Pips and was the first of four chart toppers for the group.

1976, Abba knocked Queen from the number one position on the UK singles chart with “Mamma Mia.” Queen’s single “Bohemian Rhapsody” had enjoyed a nine week run at the top of the charts.

1976, The Ohio Players are Number one on the US charts with “Love Rollercoaster.”

1977, Aerosmith headlined at the famous Budokan in Tokyo. 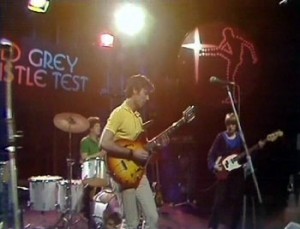 1978, Talking Heads made their UK TV debut on the The Old Grey Whistle Test.

1980, Bob Dylan appeared at the Orpheum Theater in Memphis, Tennessee.

2009, Dewey Martin, drummer with The Dillards and Buffalo Springfield, died aged 68. The Canadian musician had worked with The Monkees as well.