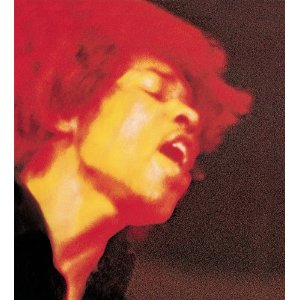 1968, The Jimi Hendrix Experience went to number one on the album chart with Electric Ladyland. The double album included “Crosstown Traffic,” “Voodoo Chile,” and “All Along the Watchtower.” It featured guest appearances by Dave Mason, Steve Winwood and Al Kooper.

1968, Led Zeppelin played their first ever show in the north of England when they appeared at Manchester College of Science & Technology. The band was on the main stage in their large hall. John Fahey and Procul Harum also performed during this event.

1969, The Who play the War Memorial Auditorium in Syracuse, New York.

1969, The Rolling Stones played at the International Amphitheater, Chicago.

1970, The Grateful Dead perform at the Fillmore West in San Francisco.

1974, David Essex was at number one on the UK singles chart with “Gonna Make You A Star,” the singer’s first UK chart topper. 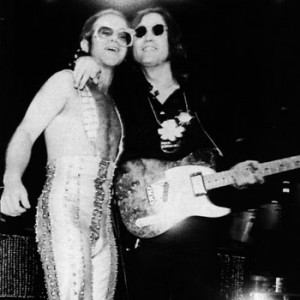 1974, John Lennon was at number one in the singles chart with “Whatever Gets You Through The Night.” Elton John played on the session and made a deal with Lennon that if the song reached number one, Lennon would have to appear on stage live with Elton. Lennon kept his side of the deal and appeared live with Elton. They played three songs together, “I Saw Her Standing There,” “Lucy in the Sky With Diamonds,” and ‘Whatever Gets You Through the Night.” Backstage after the concert, Lennon got back with Yoko Ono after a temporary split.

1976, Squeeze played at The Greyhound, Fulham, London. Admission was free.

1978, The film version of Sgt. Pepper’s Lonely Hearts Club Band opens, starring Peter Frampton, the Bee Gees, Earth Wind & Fire, Alice Cooper, Steve Martin, and a lot of other people for whom this is a low point in their careers.

1979, The Who play at New Bingley Hall, Stafford, England.

1985, U2 launched their own record label Mother Records. The intent was “to unearth fresh musical talent in Ireland,” and the label released several one-off single releases for The Hothouse Flowers, In Tua Nua and Cactus World News amongst others.

1985, Starship started a two week run at number one on the US singles chart with “We Built This City,” it made it number 12 in the UK. Despite its success, it remains one of the most maligned records in pop culture.

1988, Stan Love, the manager of Mike Love and Mike’s brother, is sentenced to five years probation after embezzling more than $300,000 from the Beach Boys.

1996, The Beatles Anthology 3 went to number one on the album chart. The album included rarities and alternative tracks from the final two years of the band’s career, ranging from the initial sessions for the White Album, to the last sessions for Let It Be and Abbey Road in late 1969 and early 1970.

2002, Texan multi-billionaire David Bonderman hired The Rolling Stones to play at his 60th birthday party held at the Hard Rock Hotel in Las Vegas. The band’s fee was £4.4 ($7.0) million.

2010, The Beatles’ back catalog was finally made available on iTunes, after years of negotiations. For the first time, consumers would now be able to purchase some of the Fab Four’s most popular songs via the store. Apple and record label EMI had been in talks for years about getting the catalog online. Apple chief executive and Beatles fan Steve Jobs said it had “been a long and winding road to get here. We love the Beatles and are honored and thrilled to welcome them to iTunes.”