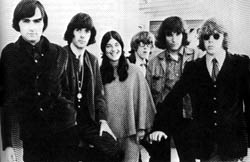 1966, Grace Slick performs as a member of Jefferson Airplane for the first time at San Francisco’s Fillmore West after Signe Anderson bows out of the group’s lineup. Slick, who was with fellow San Francisco band Great Society, introduces the band to two new songs, her composition “White Rabbit,” and “Somebody to Love,” written by her then brother-in-law Darby Slick.

1967, Folk singer Joan Baez was arrested, along with 123 others, for blocking the entrance to an Armed Forces Induction Center in Oakland, California.

1968, Pink Floyd performed at Theatre du Huitieme in Lyon, France with a psychedelic light show by the London Arts Laboratory.

1969, Bobbie Gentry was atop on the UK singles chart with the Burt Bacharach and Hal David song “I’ll Never Fall In Love Again,” the singer’s only UK number one.

1970, Rod Stewart & The Faces appear at the Eastown Theater in Detroit, Michigan.

1971, Isaac Hayes releases the Theme From Shaft.” The theme music of the hit blaxsploitation film would go to number one.

1972, Creedence Clearwater Revival split up following the failure of their most recent album, Mardi Gras. After limited success as a solo act and some legal hassles with Fantasy Records, John Fogarty would have two big hits in 1980, “Center Field” and “Rock and Roll Girl.” John’s brother Tom Fogarty died in September, 1990.

1974, The Grateful Dead played the first of five nights at the Winterland Arena, San Francisco, California.

1975, The Who played at the Apollo Theatre, Glasgow, Scotland.

1976, One hit wonder Rick Dees and his Cast Of Idiots went to number one on the singles chart with “Disco Duck.”

1976, Stevie Wonder’s Songs In The Key Of Life went to number one on the album charts, featuring the tracks “Sir Duke,” “I Wish,” and “Isn’t She Lovely.”

1982, Culture Club appeared on UK TV’s Top Of The Pops performing “Do You Really Want To Hurt Me,” which they got thanks to Shakin’ Stevens being ill and not able to appear. The song became a major hit after their memorable performance on the music TV show. 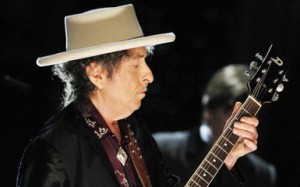 2006, CBGB, the legendary New York punk club credited with discovering Patti Smith and The Ramones, closed after a final gig by Smith herself. Blondie and Talking Heads also found fame after performing at the club, which helped launch US punk music. The venue first opened in December 1973, its full name CBGB OMFUG standing for “country, bluegrass, blues and other music for uplifting gormandizers”.

2010, Auburn University graduate student Justin Havird named a new species of fish, Lepidocephalichthys zeppelini, because the fish’s pectoral fin reminded him of the double-neck guitar used by Jimmy Page. “I’m a big Led Zeppelin fan, and I was listening to them while I was working on the fish,” Havird said. “The structure that makes this species unique just reminded me of the guitar that Jimmy Page played.”