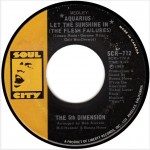 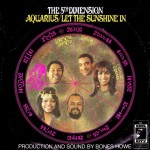 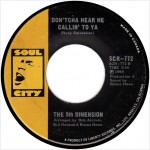 It was 1969…and Hair was everywhere. I’m not talking about long, beautiful hair…or shining, gleaming, streaming, flaxen, waxen hair. Nor am I referring to the hair that reaches down to here, down to there…way down past the shoulders hair. I’m talking about Hair – The American Tribal Love Rock Musical.

The Broadway musical opened in 1968 to rave reviews and introduced the hits “Good Morning Starshine,” “Easy To Be Hard” and the title song which were brought to the charts by the likes of Oliver, Three Dog Night and The Cowsills respectively. It is also the show that introduced today’s jukebox classic, “Aquarius/Let The Sunshine In (The Flesh Failures),” which topped the charts for six weeks during the spring of 1969 by 5th Dimension.

All of the songs in the musical were written by Galt MacDermot, Gerome Ragni and James Rado.  MacDermot also wrote the music to the 1971 musical Two Gentlemen Of Verona and released several influential funk and instrumental jazz albums that are currently the rage amongst those “in the know” of the hipster cognoscenti.

I’ve been listening to the cast album of Hair since I was seven years old…way before I knew the meaning of songs like “Sodomy,” “Hashish,” “Colored Spade,” “Walking In Space” and the numerous other titillating-for-their-time songs in this musical. It is indeed part of my musical DNA.

When “Aquarius” hit the radio in 1969, it was one of the grooviest records I had ever heard. It was a record that was so prevalent within the pop culture, but it was also a record that divided the hippies from the establishment. You see, The 5th Dimension records weren’t nearly as cool as The Beatles, The Rolling Stones, The Doors, Donovan or the Bob Dylan albums in the record collections of my sister and her friends. To the hippies, The 5th Dimension were the establishment, very much in line with other “uncool and lightweight” artists like Neil Diamond, Glen Campbell, The Monkees and Bobbie Gentry. Of course, time has proven that these latter artists were just cool and, yes groovy and the others.

The 5th Dimension consisted of Billy Davis Jr., Florence LaRue, Marilyn McCoo, Lamonte McLemore and Ron Townson, and were no strangers to the charts during the 1960s and early 1970s landing such classic hits as “Up, Up And Away,” “Stoned Soul Picnic,” “Wedding Bell Blues,” “One Less Bell To Answer,” “Never My Love” and “(Last Night) I Didn’t Get To Sleep At All” into the upper regions of the charts.

After being turned down by Motown Records, the group was signed to Johnny Rivers’ then-new record label Soul City Records. Their brand of groovy sunshine pop featuring soaring harmony vocals was just the tonic for the top-notch material that was being submitted to them by songwriters like Jimmy Webb, Burt Bacharach and Hal David and Laura Nyro.

When the group brought their desire to record today’s song to their producer Bones Howe, he had some reservations which he detailed in the book By The Time We Got To Woodstock: The Great Rock ‘n’ Roll Revolution Of 1969: “The thing that bothered me about it was that there’d been other releases of ‘Aquarius’ and none had done anything, so I was concerned about what we would do that would be any different. I went to see the show and there’s a place where they do “The Flesh Failures” and at the end of the song is just a three bar repeated thing of ‘Let the sunshine in’ where Ragni was swinging across the stage on a chandelier and there was all kinds of craziness going on. That really stayed with me and I came out of the theater saying, I wonder if I could stick that on the end of ‘Aquarius’ and make that the ending. So I went back to the hotel and I called the publisher… I said, look the 5th Dimension would like to record ‘Aquarius,’ but I’d like to make it a medley and I’d like to use the last three bars of ‘The Flesh Failures’ and I don’t want to do it without permission. So he said okay, you can go ahead and do it.” (Song Facts)

The song is set up with one of the most indelible introductions from a 45 of the era, which made it stand out on radio. The intro was later expertly sampled by The Beastie Boys for their track “Finger Lickin’ Good” from their masterpiece album Paul’s Boutique.

Like many artists of the era, The Age Of Aquarius album was recorded on the west coast with backing from The Wrecking Crew including Tommy Tedesco on guitar, Joe Osborn on bass, Hal Blaine on drums, Milt Holland on percussion and Pete Jolly, Larry Knechtel and Jimmy Rowles on keyboards.

The 5th Dimension’s recording of “Aquarius/Let The Sunshine In” went on to win the Grammy for Record Of The Year and for Best Pop Vocal Performance in 1970. The song has been covered by the likes of Donna Summer, Engelbert Humperdinck, Andy Williams, Diana Ross & The Supremes, The Ventures, The Undisputed Truth, George Shearing, The Moog Machine, Andy Williams with The Osmonds, Spencer Davis Group (in German, no less), Brian Auger and Julie Driscoll and dozens of others.

The cast album to Hair has managed to stand the test of time and the musical has enjoyed numerous successful revivals and tours around the world. The musical was also taken to the big screen in 1979 by director Milos Forman with choreography by Twyla Tharpe, introducing it to numerous later generations.  While I was too young to catch the musical on Broadway in its original incarnation, I did manage to see a revival on Broadway during the 1980s.

FYI: The Age of Aquarius is when the sun is in the constellation Aquarius during the springtime. The next time that this will happen is 2448. We are currently in the age of Pisces.

The single’s flip, “Don’tcha Hear Me Callin’ To Ya” is a breezy confection that was putty in the capable hands of the 5th Dimension. The song is also from The Age Of Aquarius album and was written by Rudy Stevenson who also wrote songs recorded by Herbie Mann, George Benson and Dexter Gordon.