You are here: Home / Music / Alternative / Song Of The Day – “Jump Into The Fire” by LCD Soundsystem 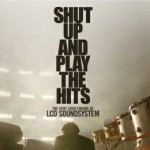 I finally got around to watching the LCD Soundsystem film “Shut Up And Play the Hits” which chronicles the last LCD show from April, 2011 before James Murphy and company decided to pull the plug on the band. While I loved LCD, I always thought they were somewhat derivative of their inspirations including Talking Heads, David Bowie, King Crimson and Kraftwerk. What always swayed the group my way was the idea that if you’re going to be derivative of something, you might as well choose the best, which is precisely what LCD did to great effect. I caught the group at the Pitchfork Music Festival several years ago, and I’m here to tell you that in concert they were right up there with their inspirations. In fact, being in the audience for LCD’s set at Pitchfork reminded me of seeing Talking Heads at Forest Hills Tennis Stadium in NY, back in 1983 where everyone…and I mean everyone…was up on their feet for the whole show dancing. LCD seldom covered material by others, but here we have a rare example with a version of Nilsson’s great “Jump Into The Fire” from the B-side to the single “Daft Punk Is Playing In My House.” Although, I would have rather shared the live version of this song, as performed at the final Madison Square Garden show and seen in the film, I couldn’t find it on YouTube.