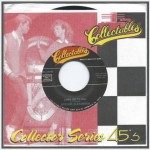 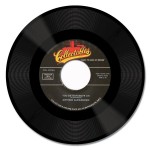 He’s the only artist to be covered by the holy quartet of Elvis Presley, The Beatles, The Rolling Stones and Bob Dylan. Others who rushed to his deep well of first-rate copyrights included The Hollies, Ry Cooder, Pearl Jam, Ike & Tina Turner, Marshall Crenshaw, George Jones, Otis Redding, The Bee Gees, Humble Pie, and Dusty Springfield, and that’s only a small sampling of those who have recorded his tunes.

Yet, Arthur Alexander, the man who wrote such classics as “Soldier Of Love (Lay Down Your Arms),” “Sally Sue Brown,” “Detroit City,” “A Shot Of Rhythm And Blues” and the two songs on today’s jukebox single, remains largely unknown to most people today, or even worse, totally forgotten.

The A-side of today’s double-A-sided jukebox single was originally written, recorded and released as a single on the Dot label by Alexander in 1962. Alexander’s version charted at #68 on the pop charts, while climbing to #10 on the R&B lists. The song is notable because it was covered by The Beatles for their debut album Please Please Me. It was a favorite of John Lennon’s and became part of the group’s early live repertoire. Lennon had a bad cold during the marathon session that produced their first album, which accounts for the roughness of his voice.

If Alexander’s recordings weren’t enough to guarantee him legendary status, he, along with Donnie Fritts, Rick Hall and Tom Stafford, converted a dilapidated tobacco warehouse in Alabama into a recording studio, and launched the famed Muscle Shoals Studios with his first single “You Better Move On” in the early 1960s. Alexander’s original version of the song charted at #24 on the pop charts in 1962 and sold 800,000 copies making it possible for Muscle Shoals to relocate its facilities to 603 East Avalon Avenue. The backing musicians on the track included Dan Penn, Tommy Roe and Joe Tex.

The song was also covered by The Rolling Stones, The Hollies, The Moody Blues, Dean Martin, Johnny Rivers, Billy “Crash” Craddock (whose version was a #10 country hit), Mink DeVille and George Jones and Johnny Paycheck (whose duo version peaked at #18 on the country charts).